SWEET AS: The Top 6 From DC Comics' April 2015 Solicitations 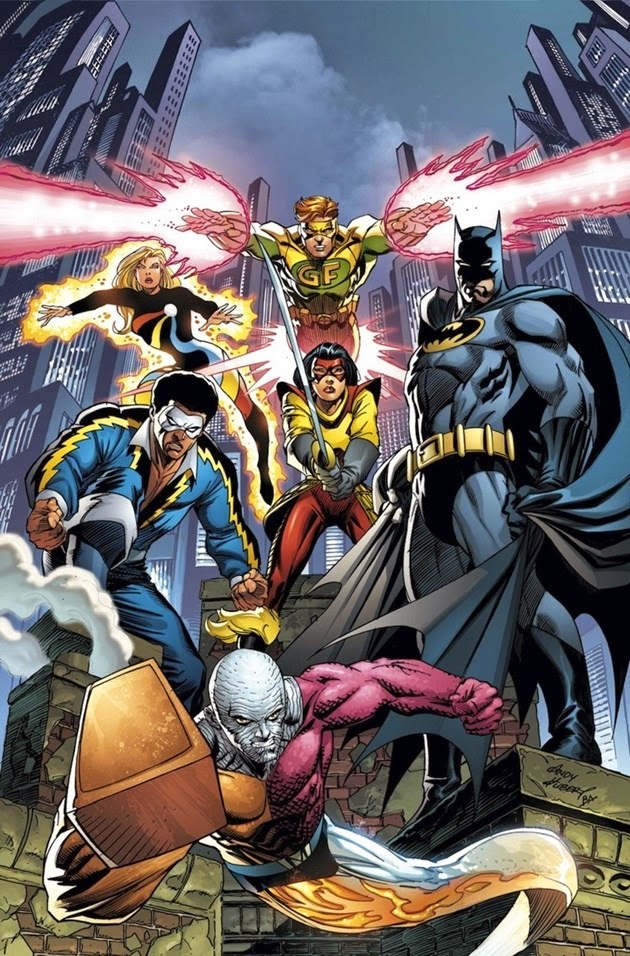 When we Kiwis find something we like, we say it's 'Sweet as'. When I look at DC Comics' April 2015 solicits, these six make the 'Sweet As' grade:

This is it! The entire DC Universe, from the dawn of time through The New 52, must fight to survive against a threat that bends the Multiverse to its will. Your favorite characters from every era and every forgotten series are all here! But are you going to say hello again just to say goodbye forever?

Brainiac has collected cities of doomed and forgotten worlds, who must battle each other – and the losers will be destroyed! But why is he forcing this conflict? Join the refugees from Earth-2 as they unlock the truth behind this world that exists outside time and space and is very much alive! Is Brainiac really in control – or is this planet named Telos an unparalleled force of evil? (W) Jeff King and Scott Lobdell (A) Carlo Pagulayan and Jason Paz 40pgs.

PICK OF THE MONTH  CONVERGENCE: THE QUESTION #1 (of 2) Starring heroes from the pre-Flashpoint DCU! Two-Face is fighting another world’s Harvey Dent, and it’s up to Renee Montoya as The Question to help him beat the odds. (W) Greg Rucka (A) Cully Hamner

CONVERGENCE: BATMAN AND THE OUTSIDERS #1 (of 2)  Starring heroes from Crisis on Infinite Earths! After a year under the dome, the Outsiders have gone their separate ways, but when OMAC attacks, Batman must find out if they have what it takes to still be a team. (W) Marc Andreyko (A) Carlos D'Anda

CONVERGENCE SWAMP THING #1 (of 2) Starring heroes from Crisis on Infinite Earths! The dome has cut off all the heroes from their powers – but what happens when Swamp Thing is cut off from his life source in The Green? (W) Len Wein (A) Kelley Jones

MORTAL KOMBAT X #5 MATURE READERS Scorpion and Takeda’s search for Sub-Zero leads them to find an entire city that’s been frozen solid! Meanwhile, Sonya and Johnny’s quest to rescue their daughter is interrupted by the Outworld Civil War – and a Shokan uprising led by Kintaro! ! The Mortal Kombat X comic series is the prequel to the upcoming Mortal Kombat X game available April 14, 2015. (W) Shawn Kittelsen (A) Dexter Soy 40pgs

SOUNDS LIKE AWESOME:  CONVERGENCE: PLASTIC MAN AND THE FREEDOM FIGHTERS #1 (of 2) Starring heroes from Crisis on Infinite Earths! Plastic Man and the Freedom Fighters are on the gallows in a New York City taken over by Nazis, when robot super heroes attack from Futures End and enemies become allies. (W) Simon Oliver (A) John McCrea