SWEET AS: The Top 6 From IDW, BOOM!, Dark Horse and Archie's April 2015 Solicitations 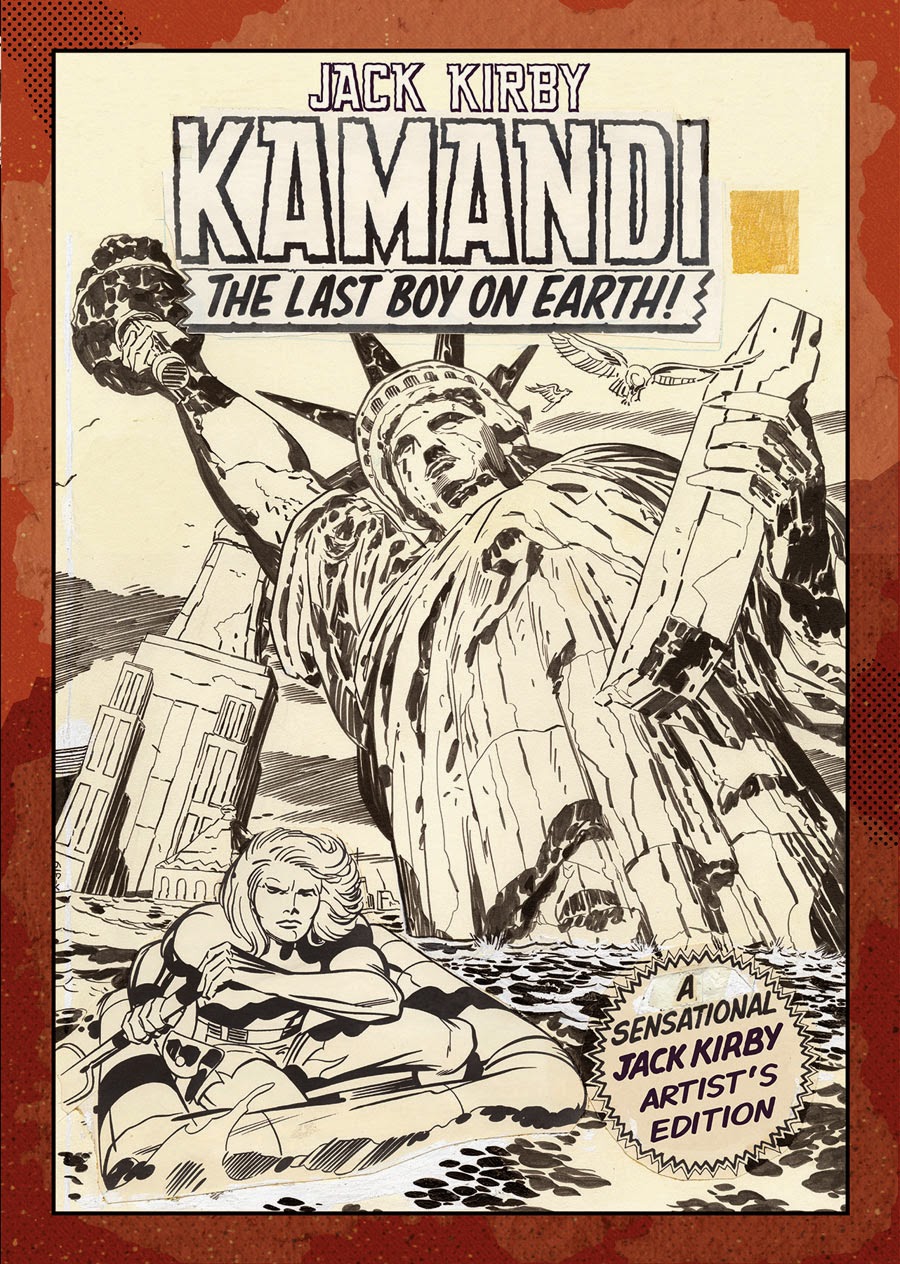 When we Kiwis find something we like, we say it's 'Sweet as'. When I look at the April 2015 solicits for IDW, BOOM!, Dark Horse and Archie Comics, these six make the 'Sweet As' grade:

Collecting issues 1, 2, 5, 6, 7 and 9 of Kamandi, as well as extras. Kamandi lives in a world populated by intelligent, talking animals—everything from lions to bats to whales, all are the inheritors of this strange new world—except for mankind…people are now the animals!

While appearing to be B&W, each page has been scanned in COLOR so you can clearly see paste-overs, blue pencils in the art, editorial notes, art corrections, etc. Each page is printed the same size as drawn, scanned from the original art. 160 Pages • 12" x 17" (W/A) Jack Kirby

CREATORS THAT NEED MORE CRED  ARTIST: BARRY KITSON - EMPIRE: UPRISING #1 (IDW/Thrillbent) It's been a year since the events of the original Empire, and much has changed for Golgoth, the first super-villain to conquer the world. Can he hold onto his reign—and does he even want to? (W) Mark Waid (A) Barry Kitson

ROBOCOP #10 (BOOM!) Killian has revealed OCP’s omnipresent surveillance system, and now the people of Detroit want to bring down “big brother” and RoboCop. Anne Lewis and RoboCop need to find a new way to stop Killian, but it may lead to an even darker secret inside OCP. (W) Joshua Williamson and Dennis Culver (A) Alejandro Aragón

AFTERLIFE WITH ARCHIE #9 (Archie) The horror began in Riverdale when Reggie Mantle struck and killed Jughead’s beloved pooch Hot Dog. Since then, Reggie has been living with this secret knowledge—and terrible guilt. With no one to talk to about it, Reggie has started to crack under the strain. When an act of kindness prompts a confession from him, Reggie must decide for himself, once and for all—is there any good within him? Or is Reggie, as we’ve always suspected, beyond redemption? For TEEN+ Readers. (W) Roberto Aguirre-Sacasa (A) Francesco Francavilla

SOUNDS LIKE AWESOME:  FRANKENSTEIN UNDERGROUND #2 (of 5) (Dark Horse) Chased by his tormentors into the center of the earth, Frankenstein’s monster becomes prey for a different kind of creature. (W) Mike Mignola (A) Ben Stenbeck

What do you think?  For their full April 2015 solicitations, visit Archie, IDW, BOOM! or Dark Horse online.
Posted by IADW at 9:00 am