SWEET AS: The Top 6 From Image Comics' April 2015 Solicitations 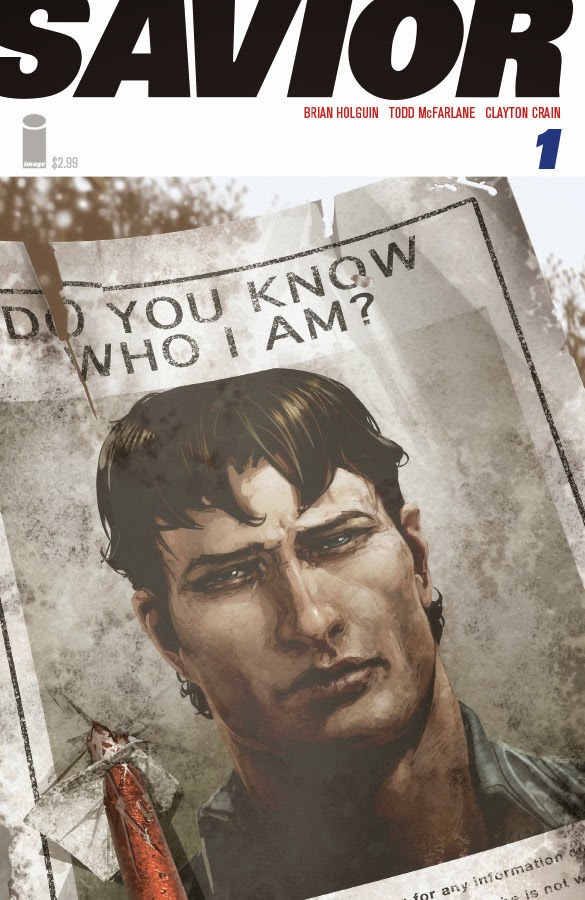 When we Kiwis find something we like, we say it's 'Sweet as'. When I look at Image Comics' April 2015 solicits, these six make the 'Sweet As' grade:

SAVIOR #1 What if the MOST DANGEROUS man on Earth was also the one trying to do the MOST GOOD?

The world is real. The people are normal. And then he appears!

A man appears with no background, no memory, and no place to call home. But he has powers. Powers that seem resemble those we learned about in Sunday School. Could it be?! Is it possible that he is our "Savior" in the flesh? And if he is, then why doesn't he know who he is or how he got his powers?

Strip away the spandex and trappings of the traditional comic superhero and ask yourself, "How would I react if God suddenly appeared in front of me, but everything we had been taught about him seem out of whack?"

Some will see him as a hero; a messiah. Other will see him as an enemy because there isn't room for a person with god-like powers to disrupt the status quo of what we already believe. Some will rally behind him. Others will denounce him. But none of us will be able to ignore him.. (W) Todd McFarlane and Brian Holguin (A) Clayton Crain

JUMP ON HERE  NO MERCY #1 It was just a trip, before college. Build schools in a Central American village; get to know some of the other freshmen. But after tragedy strikes, a handful of once-privileged US teens must find their way home in a cruel landscape that at best doesn't like them, and at worst, actively wants to kill them. (W) Alex de Campi (A) Carla Speed McNeil

SOUNDS LIKE AWESOME  BLACK SCIENCE #13 The Dimensionauts take on a new mission: leave every world they visit better than when they found it. But their mettle is put to the test in a plague-ridden society that wants to burn them all at the stake.. (W) Rick Remender (A) Matteo Scalera and Moreno Dinisio 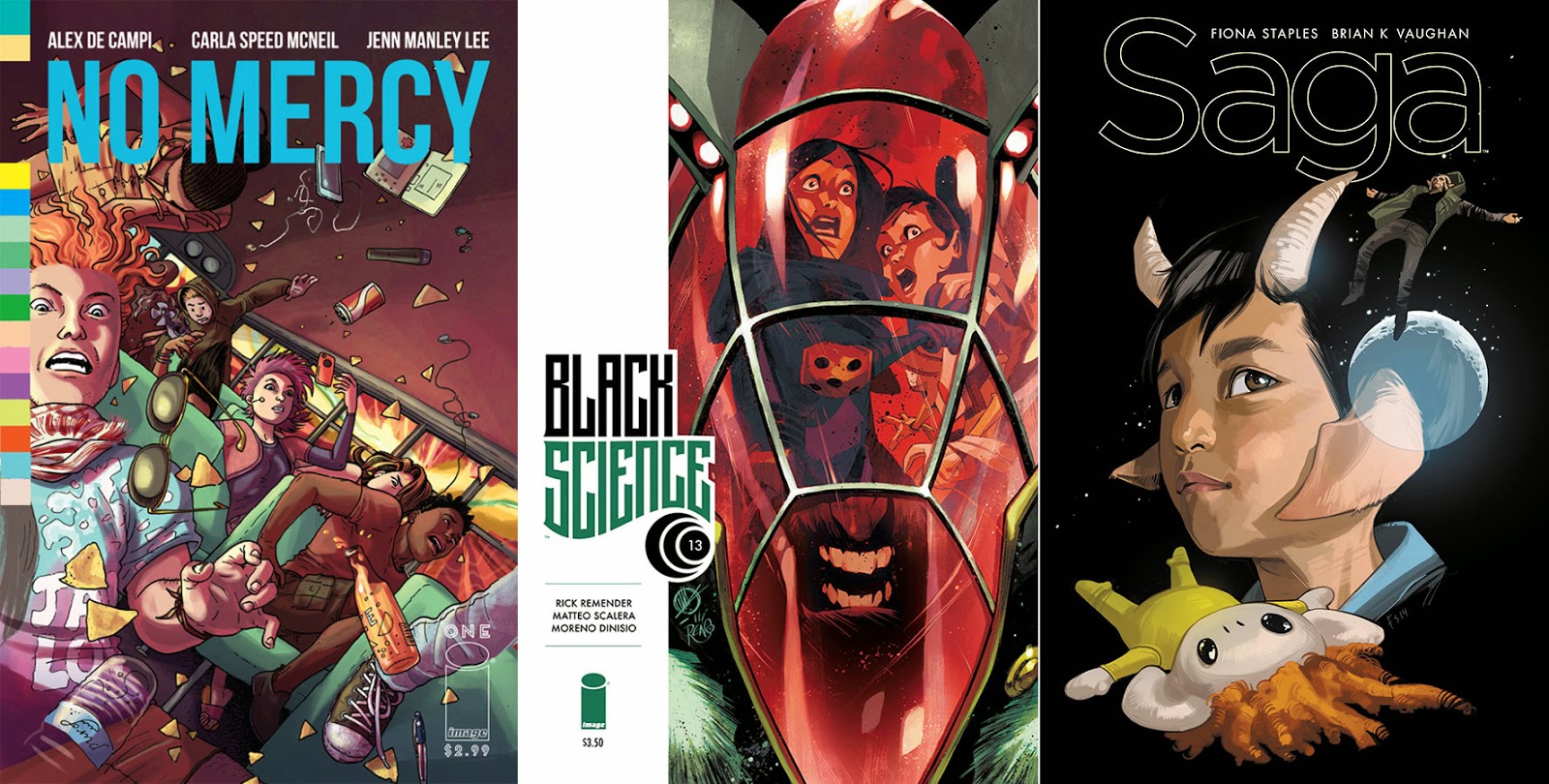 LAZARUS #16 The Conclave has ended, and the world once more is falling to chaos and violence. Sister Bernard travels between Family Domains, ministering to the Waste…and acting as a spy for the Carlyle Family. (W) Greg Rucka and Eric Trautmann (A) Michael and Owen Freeman