VIKINGS, THE DEVIL AND FAIRIES: The Top 7 New Series Announced At Image Expo 2015

Image Expo 2015 was more than the place where Paul Jenkins was announced as the new ongoing writer of Spawn.  In keeping with tradition, over twenty new series (and/or mini-series) were unveiled for the coming year, by the publisher leading the creator-owned comics surge in popularity: Image Comics. The top seven of which, look like this.

A.D.: AFTER DEATH  Scott Snyder writes the tale of a world where death is curable, exploring what happens next through a man who has lived multiple lives, and the artistic skills of Jeff Lemire.

ISLAND  Spearheaded by writer Brandon Graham, this anthology dubbed 'The Comics Magazine for Comics' will feature work from a variety of new and established creators, making it like buying 2-3 comics stapled together, with articles. 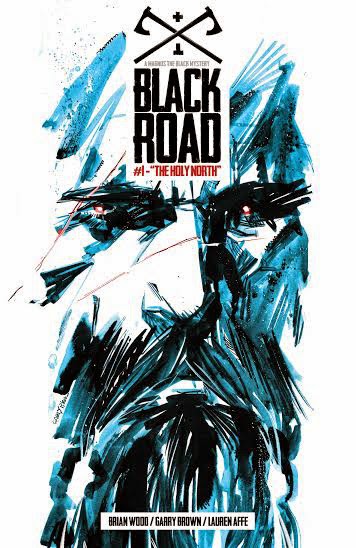 SONS OF THE DEVIL  The estranged son of a cult leader gets pulled back into his fathers plans, after 25 years of life in foster care, and soon finds his father has plans for his other eight siblings as well. From Detective Comics Brian Buccellato and illustrator Toni Infante.

BLACK ROAD  In 900 A.D. Norway, Magnus The Black is a fixer for the Church. A Viking, born pagan, he is mistrusted by both sides, yet good at his job. When a simple bodyguard gig goes wrong, his efforts to make it right will unveil a secret that threatens to anihiliate his native culture. From Northlanders writer Brian Wood and artist Garry Brown.

PLUTONA  A five issue mini-series by writer Jeff Lemire and artist Emi Lenox, taking the Stand By Me road as a group of kids find the body of a the world's greatest super-hero dead in the woods.

WE STAND ON GUARD  I have sorely missed artist Steve Skroce. In 2015 he returns with writer Brian K Vaughan no less, for this futuristic war between a small group of Canadian freedom fighters and the invading American forces with their robots.

I HATE FAIRYLAND  The creation of fan-fav artist and writer, Skottie Young, the series inspired by thoughts of killing the characters of Green Eggs and Ham in Looney Tune-ish ways as he read the Dr Seuss classic to his kids, tells of one lady stuck in Fairyland for 30 years, looking as though she is eight (click to enlarge).