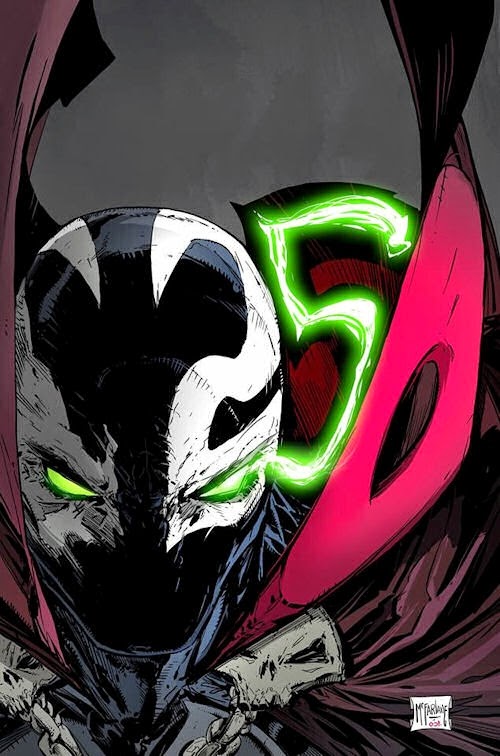 Today is Valentine's Day - a day to remind your partner more so than any other how much they put the Mjolnir in your Thor, the ROM in your Spaceknight, the Brighest Day in your Blackest Night etc.

Or - if you're single like me, it's time to yell "Bah-humbug!" from the windows and reflect on decent past loves, like... well like Todd McFarlane on his signature creation/beastie Spawn.

Seeing Todd draw Al's alter-ego on the variant cover for Spawn #250 is enough to set my heart a flutter. Many have come and gone since Todd left the title's interior art duties, but Goddamn he has never been beaten.

Also looking at being unbeaten is French film director, Michael Paris. He shot a fan film of the horrific hero in just two days, then spent two years adding special effects on just one computer!

From the Q&A on his Spawn: The Recall website, Paris says "The mask of Spawn was made with slices of real meat, that we painted to get an interesting textural effect. For the eyes we put real light bulbs in the eye sockets. What we had not planned was that the heat caused by the lights would melt the fat, and Spawn started to cry liquid fat. The actor underneath was really pleased!"

Give it a watch and see how to handle a comic film without becoming a Violator in the process.