Today the worst kept secret in comic movies thanks to the Sony internet hack was made official, Spider-Man is joining the Marvel Cinematic Universe. Possibly in Ant-Man, probably in Captain America: Civil War, and 99.9% certain he will be a brand new Spidey to boot, leading into an all new raft of Sony Spidey movies, created in tandem with the Marvel studios people. To celebrate, we've got a cool Spidey cosplay, and a few other cult favs to keep him company. 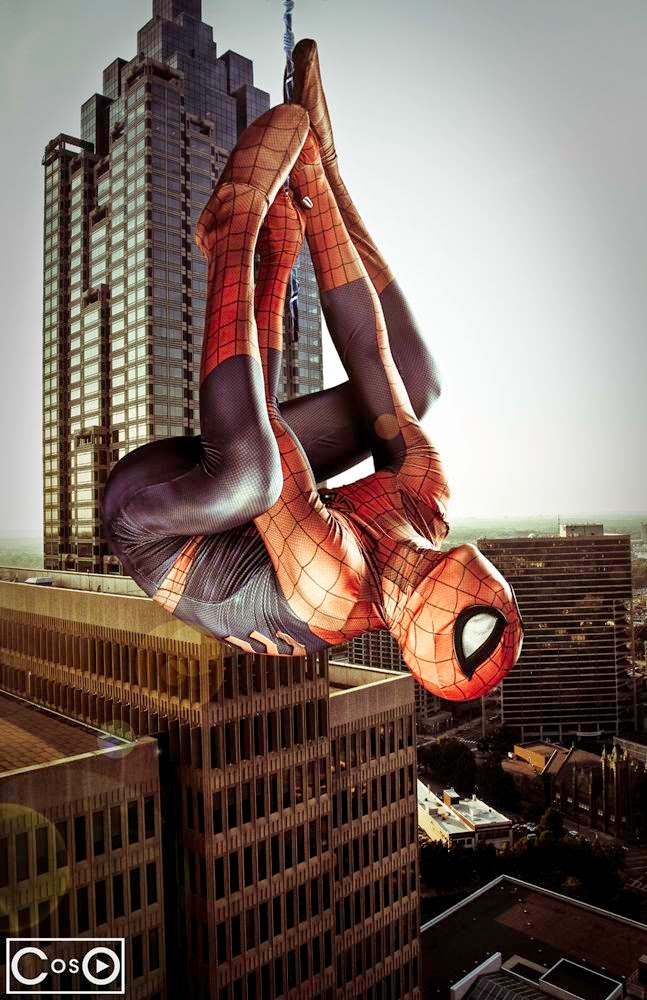 The WildC.A.T's may be a distant memory and Wildstorm comics even more so, but 'Comic Book Girl 19' is keeping the dream alive with her portrayal of warrior woman Zealot! In fact it's so good she has put it in her calendar with her interpretations of Dazzler and more, for sale here.

Not to be outdone in terms of warrior women, 'Elektra' reminds fans that Frank Miller's lethal lady didn't always wear red. With more of a Mediterranean look about her, she is still deadly enough for any daredevil.

ROM Spaceknight has plenty of die-hard fans, and cosplayer Mike Hemmig is right up there with them. Looking skywards to ward off an alien threat, there is still no messing with this guy!

Now this Spider-Man looks more like a movie still than a cosplay photo. The pose, the costume even Spidey's build is perfect - because I really hate seeing Spider-Man built like Captain America - and here he truly looks like a teen who can swing.

Aaron Rivin is the dude behind the mask, photographed by DeviantArtist Moshunman.