SALES PITCH: The Top 6 Comics of January 2015 and Those Past

When Star Wars starts anything it is going to be big. Especially if Chewbacca ever unleashes his inner beastial rage and goes 'Wolverine' on ol' Vader. Still with a rumoured 1,000,000 units plus sold of Star Wars #1 (at a whopping $4.99US!) Marvel easily cleared their nearest competition DC, by 18.59% unit share. Image Comics took bronze, and seven of the top ten graphic novels for the month. When it comes to comics, here is how the top six played out: 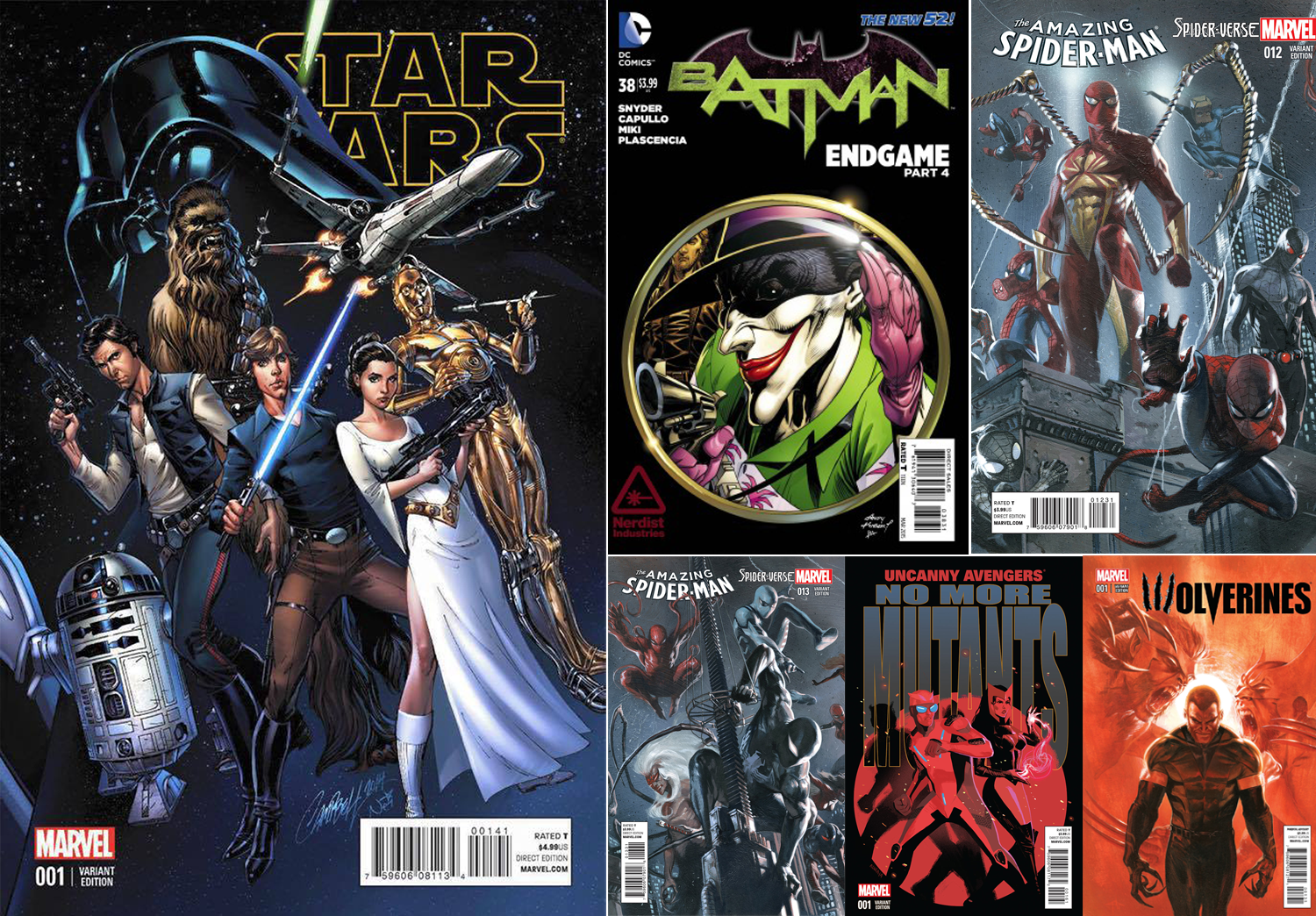 MY THOUGHTS: The best news of the month's isn't that Gabrielle Dell'Otto landed three of the above covers, nor is it The Walking Dead at #10, but Ant-Man #1 at spot #7. ANT-MAN IN THE FRICKKIN' TOP TEN COMICS SOLD! Now that ladies and gentlemen truly is the power of Marvel Comics/Studios in action (especially as it's not focussed on Hank Pym - let it go Dan, let it go). 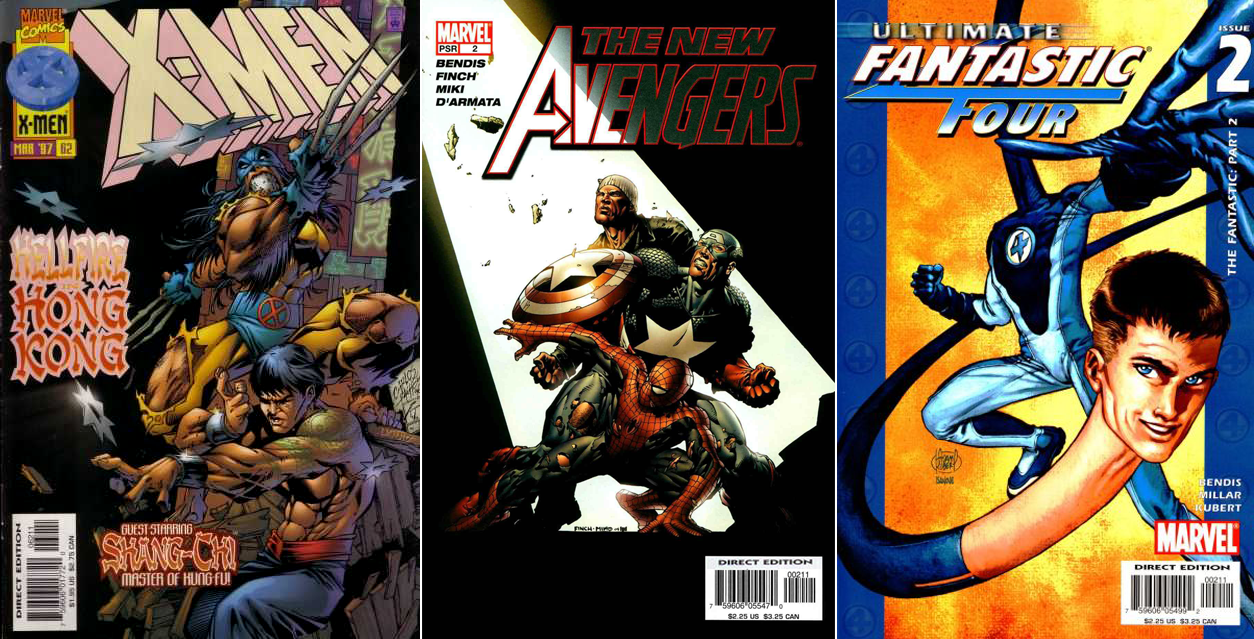 TOP COMICS OF JANUARYS PAST: Shang-Chi took the mutants to Hong Kong in X-Men #62 in 1997.  In 2005, New Avengers #2 saw David Finch craftily arrange a cover where Spidey evolved into Cap, evolving into Luke Cage, and Ultimate Fantastic Four #2 won top honours in 2004. With the upcoming movie looking based on these issues, expect them to disappear from back issue bins shortly.