SWEET AS: The Top 4 From Valiant's May 2015 Solicitations 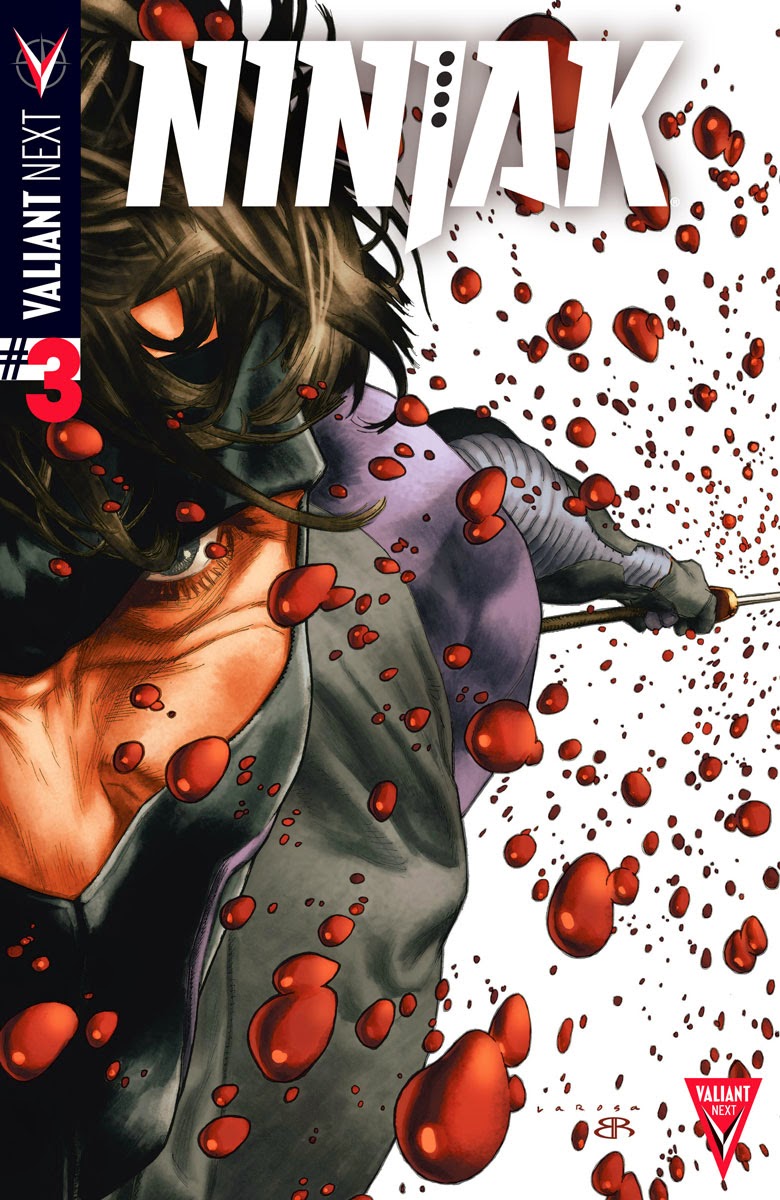 PICK OF THE MONTH:   BLOODSHOT REBORN #2 Lemire and Suayan continue their bold reimagining of this classic Valiant icon! The man once known as the unstoppable killing machine called Bloodshot must track down the impostors carrying out mass shootings in his former name. But the hunter becomes the hunted when an upstart FBI investigator and her grizzled partner believe the original Bloodshot himself to be responsible for the murders. Can Bloodshot elude the agents -- and his own inner demons -- long enough to take out a nanite-infused gunman? (A) Mico Suayan and Jeff Lemire (W) Jeff Lemire

NINJAK #3 Ninjak's to-do-list for May:1. Subvert the largest most dangerous weapons dealer in the world. 2. Focus on not letting your tortured childhood distract you. 3. Push your memories of loss so far down that you forget how to feel. 4. Betray everyone you know. 5. Don't get killed. (Repeat as necessary) (W) Matt Kindt (A) Clay Mann and Butch Guice.

X-O MANOWAR #36 Dead Hand descends on X-O Manowar! He may wield the universe's most powerful weapon, but not even X-O Manowar is enough to combat the unstoppable doomsday protocol called Dead Hand. To defeat this mighty army, Aric will need some might of his own...and an unlikely ally might be the key to victory! (W) Robert Venditti (A) Diego Bernard

SOUNDS LIKE AWESOME:  UNITY #18 The truth is declassified! Discover what top-secret mission very nearly broke Unity and brought its heroes to the brink...and beyond. And has Major Palmer, the veteran field commander of H.A.R.D. Corps, come to lead Unity to a new day...or infiltrate it and bring it down? (W) Matt Kindt (A) Pere Perez