SWEET AS: The Top 6 From DC Comics' May 2015 Solicitations 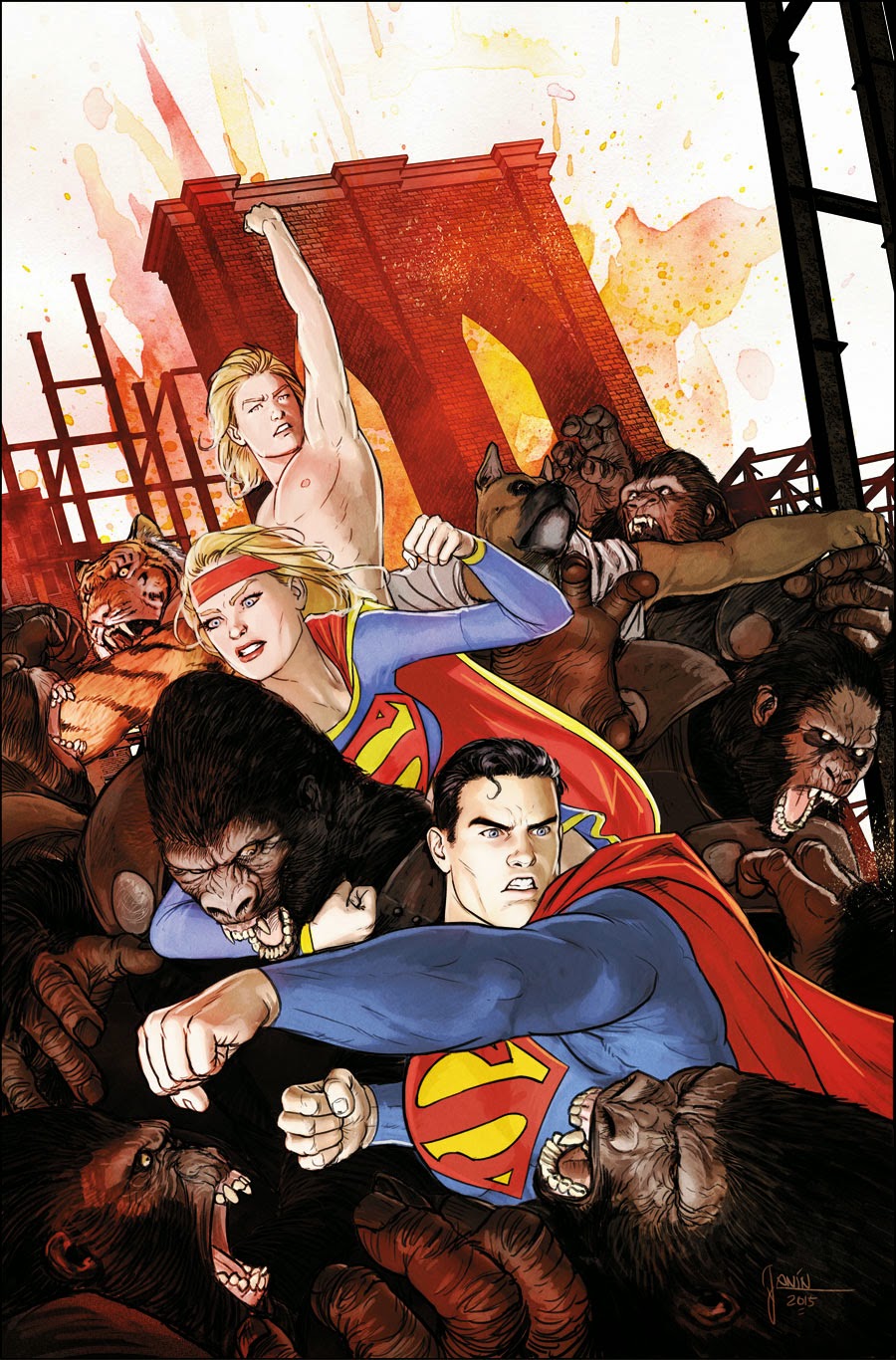 When we Kiwis find something we like, we say it's 'Sweet as'. When I look at DC Comics' May 2015 solicits, these six make the 'Sweet As' grade:

PICK OF THE MONTH  CONVERGENCE: ADVENTURES OF SUPERMAN #2 Why: No Supergirl has ever read as cool as the original. Here it sounds like the headband wearing Maid of Might just may survive! DC says: Starring heroes from Crisis on Infinite Earths! Superman and Supergirl’s journey through the Phantom Zone takes a tragic turn as one of the most devastating moments in DC’s history is revealed! Supergirl could save herself – but only if she sacrifices Metropolis to the marauding intelligent apes from Kamandi’s world! This extra-sized issue includes a sneak peek at what’s coming up in the DC Universe! (W) Marv Wolfman (A) Roberto Viacava

SOUNDS LIKE AWESOME
CONVERGENCE #8 (of 8) All the heroes of the DC Universe unite to face a crisis of infinite proportions – but when all is done, there can be only one reality. But will even that survive the battle? (W) Jeff King and Scott Lobdell (A) Carlo Pagulayan and Stephen Segovia

MORTAL KOMBAT X #6 MATURE READERS After last issue’s shocking conclusion, Sub-Zero reflects on the path that brought him face-to-face with Scorpion. Meanwhile, Reptile, Kotal Kahn and D’Vorah must stand their ground against the onslaught of King Gorbak and his Shokan army! (W) Shawn Kittelsen (A) Igor Vittorino, Oclair Albert and Daniel Sampere

THE SANDMAN: OVERTURE #5 (of 6) MATURE READERS The fate of the entire universe hangs in the balance when Dream finally gets his mother’s full attention. Magic, joy, war and heartbreak are brought to life on the pages with epic luminosity in this penultimate issue. (W) Neil Gaiman (A) J.H. Williams III

CONVERGENCE SWAMP THING #2 (of 2) Starring heroes from Crisis on Infinite Earths! Swamp Thing finds his connection to the Green renewed…but is it enough to help him survive the onslaught of the Red Rain vampire Batman? This extra-sized issue includes a sneak peek at what’s coming up in the DC Universe! (W) Len Wein (A) Kelley Jones

JUMP ON HERE  CONVERGENCE: THE QUESTION #2 (of 2) Starring heroes from the pre-Flashpoint DCU! Renee Montoya’s final stand as The Question comes to a head as she helps Two-Face battle Flashpoint’s Harvey Dent…but will her world live on? This extra-sized issue includes a sneak peek at what’s coming up in the DC Universe! (W) Greg Rucka (A) Cully Hamner