SWEET AS: The Top 6 From Image Comics' May 2015 Solicitations 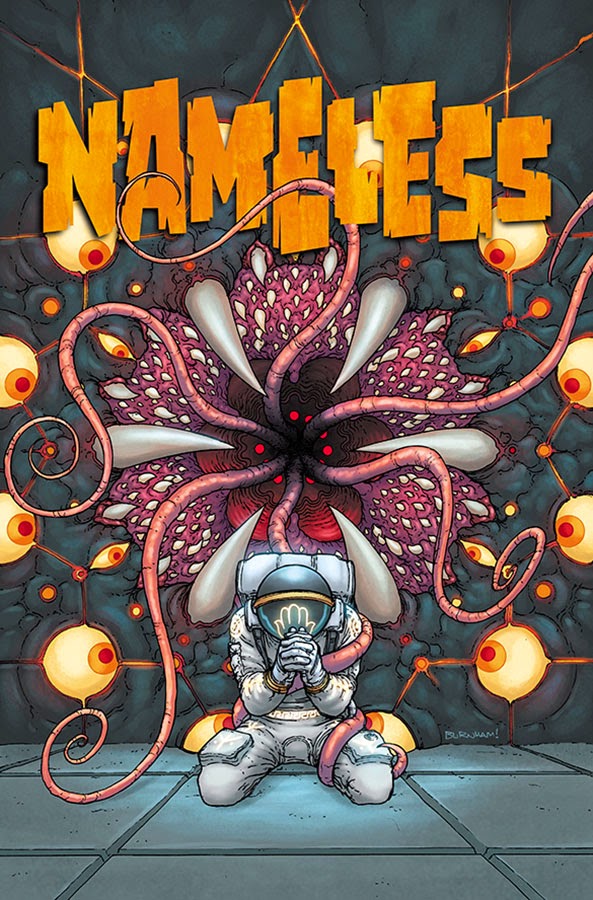 When we Kiwis find something we like, we say it's 'Sweet as'. When I look at Image Comics' May 2015 solicits, these six make the 'Sweet As' grade:

PICK OF THE MONTH:  SONS OF THE DEVIL #1 From New York Times bestselling writer Brian Buccellato, comes a psychological horror story about Travis, an average guy trying to get by, who discovers that he has familial ties to a deadly cult. Told across three decades, explore cults, family, and the dark side of human nature. (W) Brian Buccellato (A) Toni Infante

JUMP ON HERE:  NAMELESS #4 The world descends into chaos and the astronauts stranded in the Tunnels of Xibalba must endure unspeakable tortures when their captors finally reveal themselves. As all human hopes, fears, doubts, and dreams are subjected to the cruel and merciless scrutiny of an inhuman, sadistic intelligence, is reality collapsing? Or sanity? (W) GRANT MORRISON (A) Chris Burnham

SOUNDS LIKE AWESOME:  ROCHE LIMIT: CLANDESTINY #1 The breakout hit of 2014 returns with volume two of the groundbreaking sci-fi trilogy! It's 75 years after the events that left the Roche Limit colony in flames. When a crew of military and science personnel are sent to the forgotten and desolate planet on a mysterious expedition, they quickly learn its dark secrets—and that their mission is not what they thought it to be. With danger lurking all around, the crew members fight to find a way off the planet and resist the mysterious presence that haunts them all... (W) Michael Moreci (A) Kyle Charles 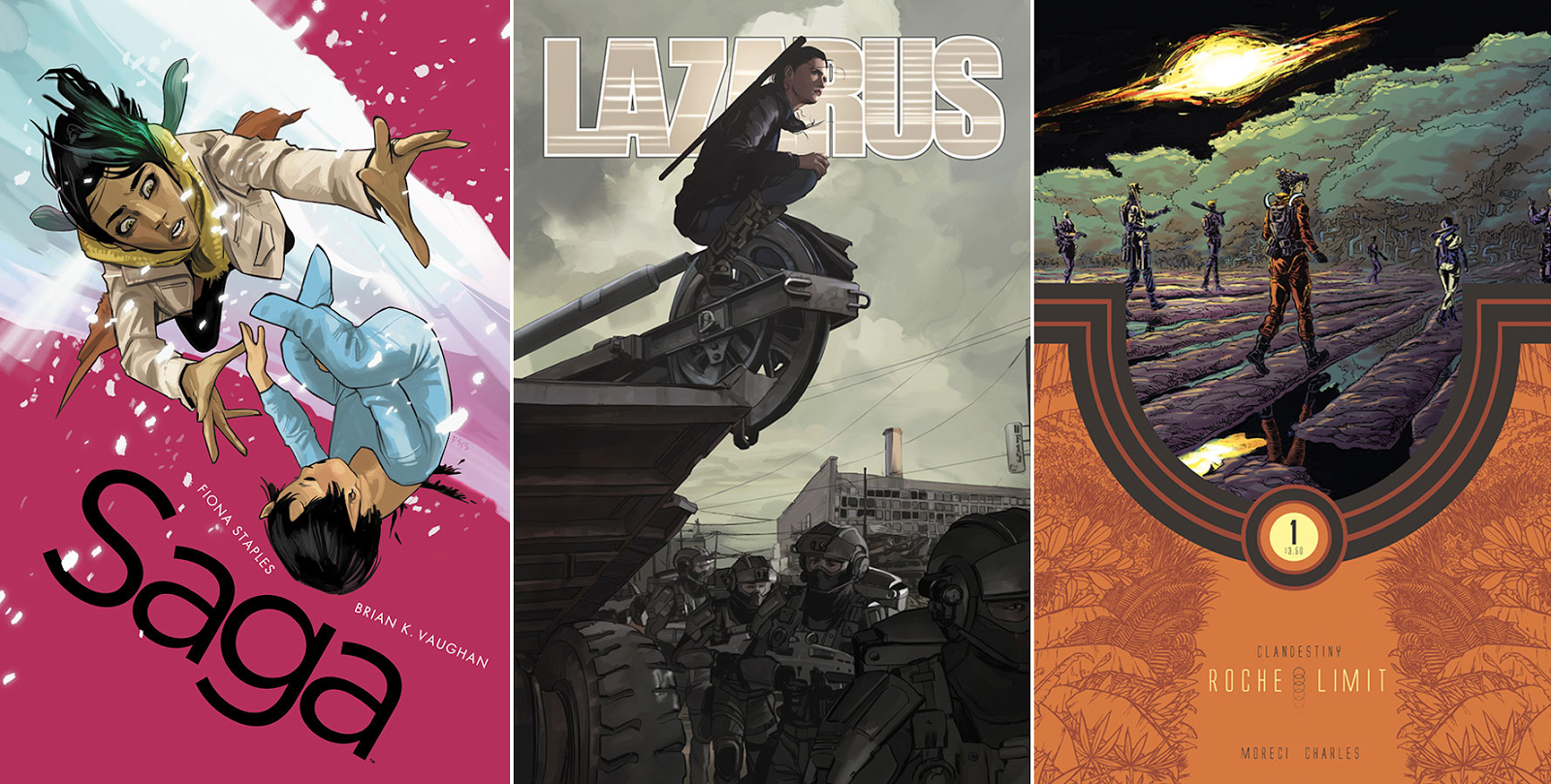 LAZARUS #16 NEW STORY ARC: “POISON,” Part One The Families are at war, Malcolm hovers at death’s door in the wake of Hock’s assassination attempt, and Forever must hold the line against enemies from without as well as within...including her siblings.. (W) Greg Rucka (A) Michael Lark