SWEET AS: The Top 6 From Marvel's May 2015 Solicitations 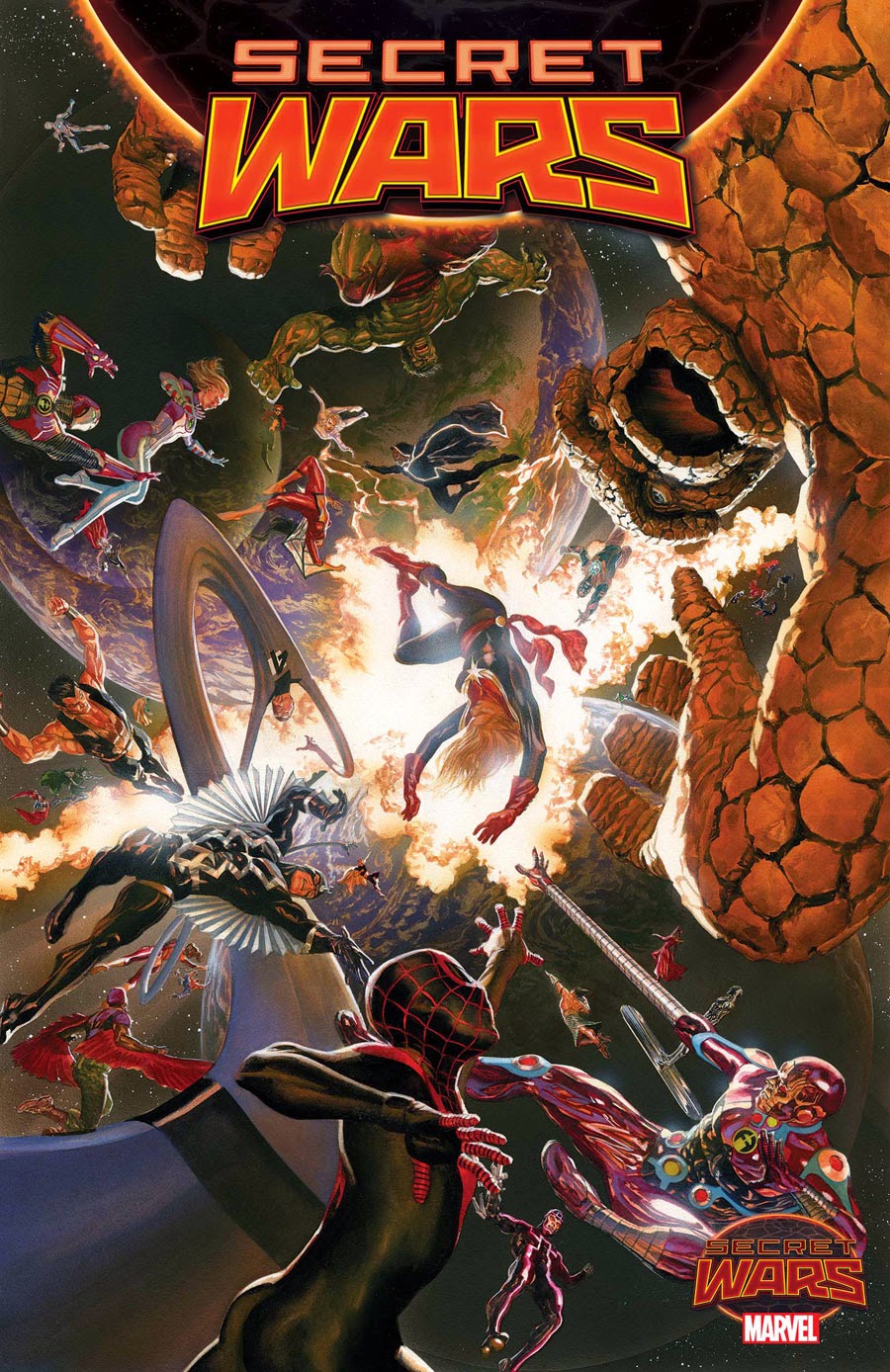 When we Kiwis find something we like, we say it's 'Sweet as'. When I look at Marvel Comics' May 2014 solicits, these six make the 'Sweet As' grade:

PICK OF THE MONTH:  SECRET WARS #1 (OF 8) Why: If anyone other than Morrison can end universes epically, it is Hickman. Marvel says: The final incursion is happening! The Marvel Universe is colliding with the Ultimate Universe - and neither will survive! 40pgs (W) Jonathan Hickman (A) Esad Ribic

JUMP ON HERE!  ALL-NEW HAWKEYE #3 What makes a hero and what breaks a hero? Hawkeye and Hawkeye experience both, in one gloriously beautiful issue! (W) Jeff Lemire (A) Ramon Perez

SOUNDS LIKE AWESOME  INFERNO #1 Spinning out of Secret Wars comes a new twist on an X-Men classic. 5 years ago a band of demons rose up and turned Manhattan into Hell on Earth. The X-Men fought to vanquish the demon horde and... failed. On this the fifth anniversary of the fall, Piotr Rasputin is leading a small band of mutants back into the Inferno. Colossus doesn't know what they'll find over the flames, but he knows for certain they're not coming back without his sister. (W) Dennis Hopeless (A) Javier Garron

DARTH VADER #5 Vader continues his investigation into the Emperor’s secrets... Not everyone wants him to find out the truth. Who are Vader’s mysterious new rivals? Star Wars © Lucasfilm Ltd. & TM. All rights reserved. Used under authorization. Text and illustrations for Star Wars are © 2015 Lucasfilm Ltd. (W) Kieron Gillen (A) Salvador Larroca

GUARDIANS 3000 #8 Stranded on 21st century Earth, the 31st century Guardians finally have a chance to locate the anomaly that is ripping the past, present and future of the Universal Time-stream apart. But locating it is one thing…preventing it is something else altogether. Shocking twists and end-of-the-World action! (A) Dan Abnett (A) Nico Leon 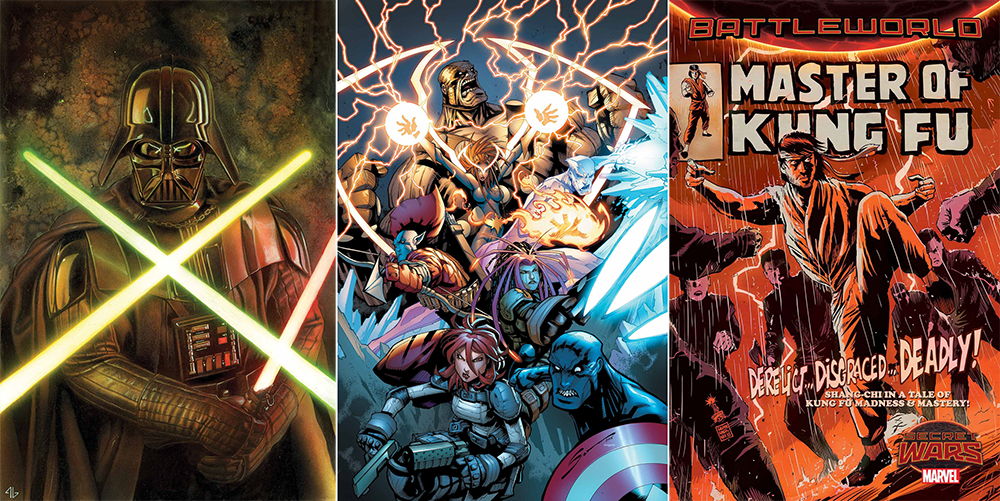 MASTER OF KUNG FU #1 (of 4) Welcome to the mystical land of K’UN LUN, where the study of martial arts reigns supreme! In a world where everyone is well-trained in at least some form of deadly combat, what becomes of a drunken, drop-out failure? If anyone speaks out against Emperor Zu, the price is their head! Good thing Shang-Chi’s a man of discretion and...oh, who are we kidding. This is going to get nasty. (W) Haden Blackman (A) Dalibor Talajic