SWEET AS: The Top 6 From DC Comics' June 2015 Solicitations 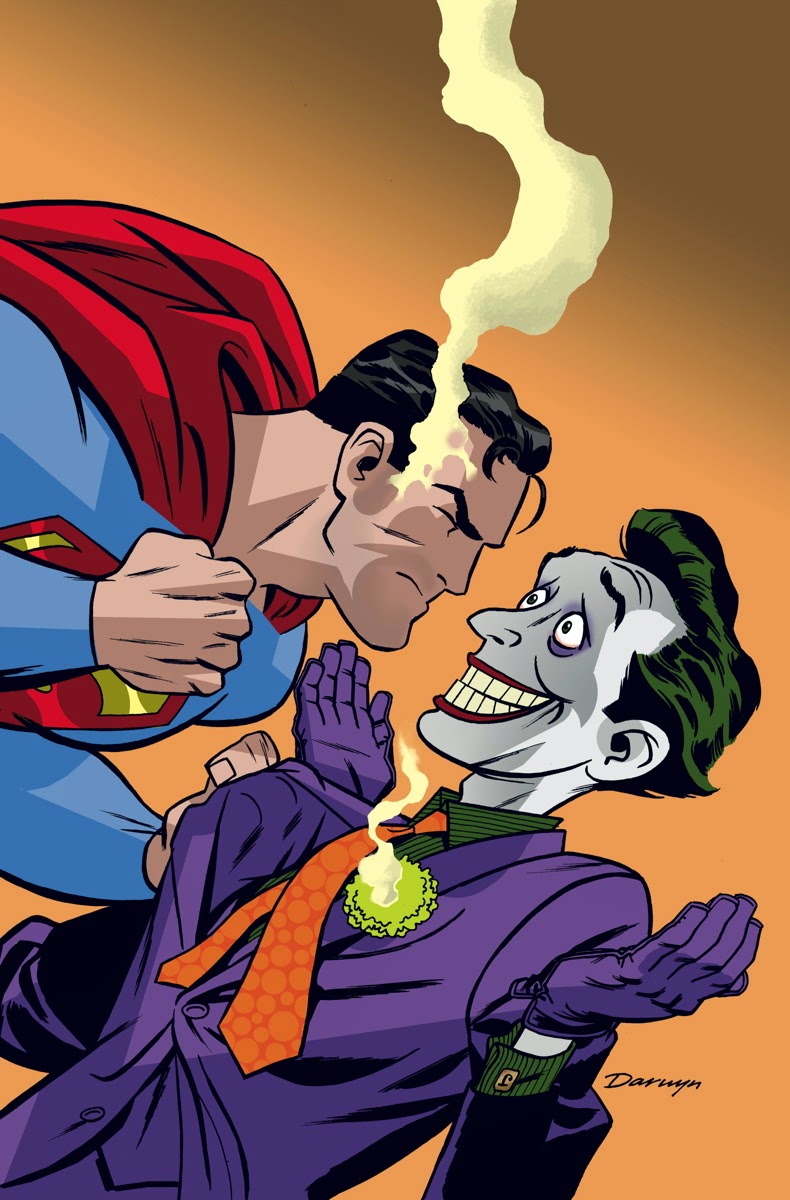 When we Kiwis find something we like, we say it's 'Sweet as'. When I look at DC Comics' June 2015 solicits, these six make the 'Sweet As' grade:

PICK OF THE MONTH  SUPERMAN #41 Why: Sure, DC's new status quo introducing storyline for Superman kicks off in Action Comics #41 (pictured), but it is here that indie comic writer Gene Luen Yang teams with veteran John Romita Jr to kick off what will surely be a fresh taste on the Man of Steel! DC says: The epic new storyline “TRUTH” continues! What will happen when the big secret is revealed? (W) Gene Luen Yang (A) John Romita Jr


SOUNDS LIKE AWESOME  DR. FATE'S HELMET Designed by Alex Ross and Larry Malott, Sculpted by Adam Ross. The Helmet of Fate has chosen its champion: you! This stunning replica of the Helmet of Fate features an electroplated metallic finish. Approximately 18" Tall, $499.95 US Allocations May Occur (Dr Fate also has a new series out in June, written by Paul Levitz!)

MARTIAN MANHUNTER #1 Shape-shifting Martians are invading Earth – so where is J’onn J’onzz to stop them? Trust no one as the Martian Manhunter tries to stop these ruthless alien terrorists from destroying everything! (W) Rob Williams (A) Eddy Barrows and Eber Ferreira

MIDNIGHTER #1 A theft at the God Garden has unleashed a wave of dangerous biotech weapons on the world, and Midnighter intends to put that genie back in the bottle by any means necessary. But something else was stolen from the Garden… the secret history of Lucas Trent, the man Midnighter once was! (W) Steve Orlando (A) ACO

WE ARE...ROBIN #1 The teenagers of Gotham City have adopted the “R” and made it their own. A new Robin? No, HUNDREDS of new Robins! (W) Lee Bermejo (A) Rob Haynes and Khary Randolph 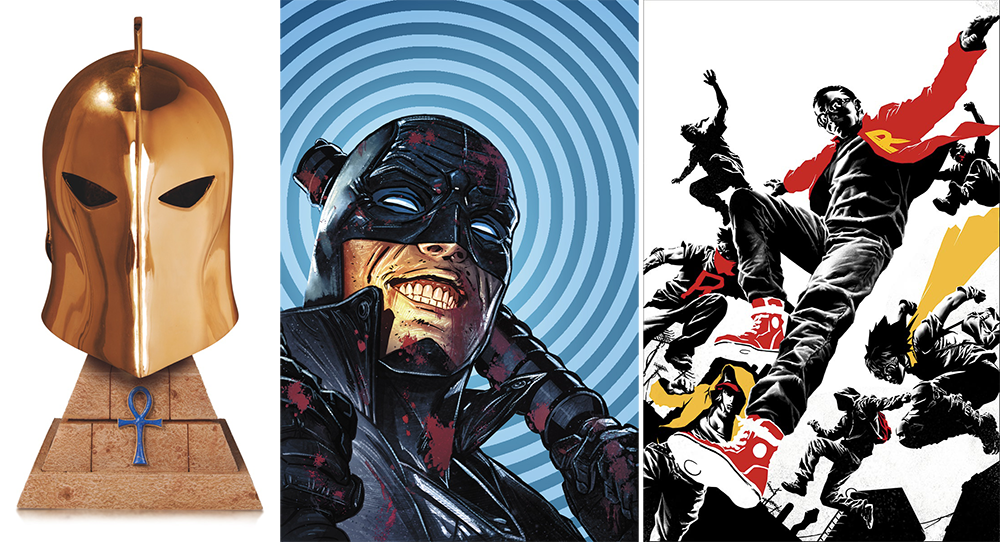 JUMP ON HERE  JUSTICE LEAGUE #41 The first chapter of “DARKSEID WAR”! When the Justice League investigate a series of unexplained murders on Earth, it leads them to the frontlines of a war unlike any the DC Universe has ever seen – a battle between the two most powerful villains in existence: Darkseid and the Anti-Monitor! Meet Darkseid’s daughter – a mysterious force of evil with a bizarre connection to the Justice League! Plus: The horrible secret of Superwoman’s baby! The ultimate temptation of Batman! Lex Luthor vs. Superman – no holds barred! New villains! New allies! 48pgs. (W) Geoff Johns (A) Jason Fabok

What do you think?  For DC's full June solicits, click here.
Posted by IADW at 2:44 pm