SWEET AS: The Top 6 From Marvel's June 2015 Solicitations 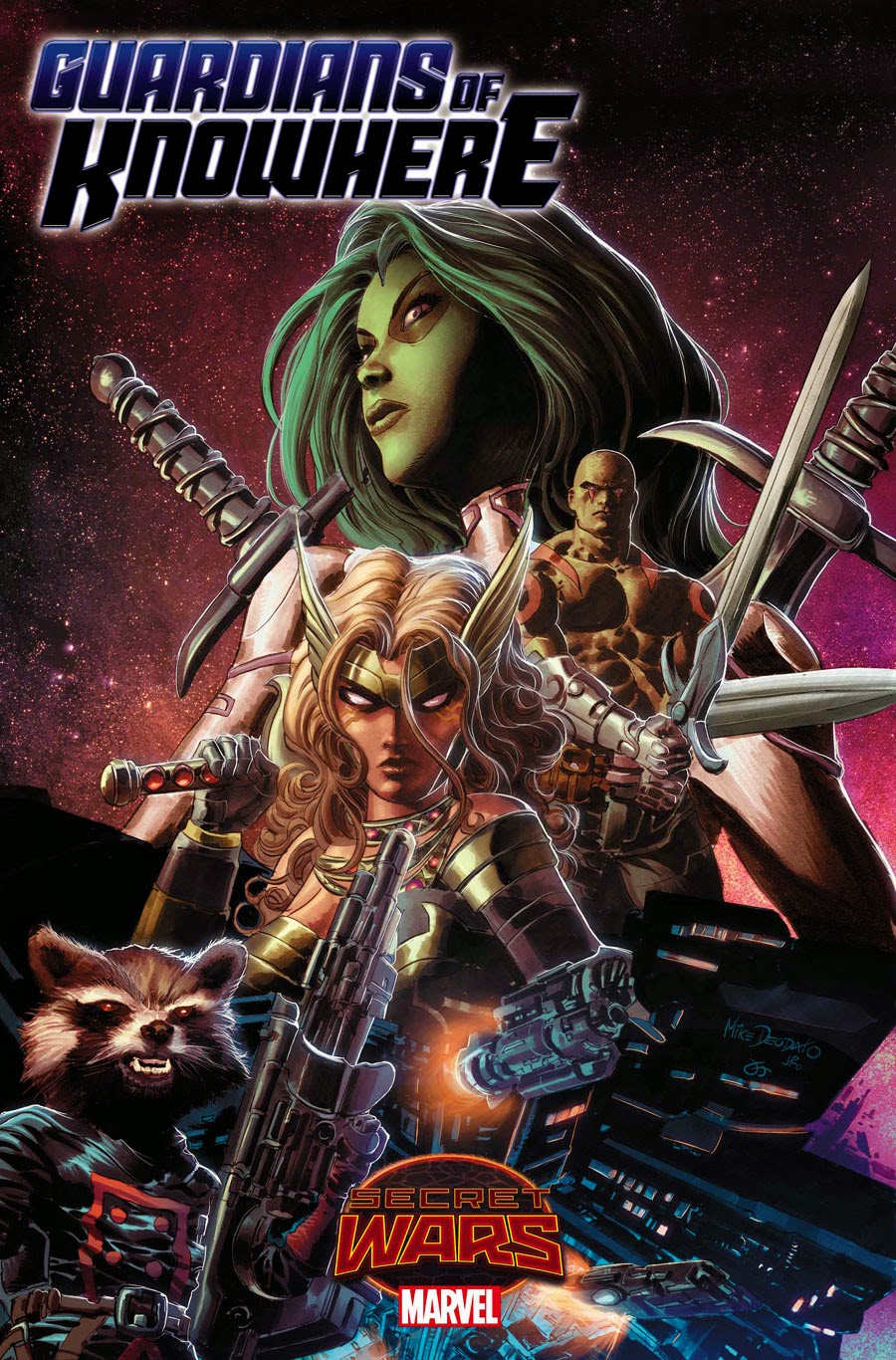 When we Kiwis find something we like, we say it's 'Sweet as'. When I look at Marvel Comics' June 2015 solicits, these six make the 'Sweet As' grade:

PICK OF THE MONTH:  GUARDIANS OF KNOWHERE #1 A single moon orbits Battleworld. But no, that’s no moon. It’s a space station. It’s Knowhere. The head of a dead Celestial, somehow saved in the universal collapse, a colony brimming with convicts and criminals. The Galaxy may be gone, but that doesn't mean there aren’t places that still need heroes. Places that need champions. That need GUARDIANS. (W) Brian Michael Bendis (A) Mike Deodato

SOUNDS LIKE AWESOME  YEARS OF FUTURE PAST #1 In the dystopian nations of BATTLEWORLD, the mutants of New York City must fight to survive the rule of the Sentinels! At their center is Kate Pryde, a heroine tried and tested by war, and mother of the last mutant ever to be born before the purges of the Mutant Control Act! With revolution on the wind, the X-Men are not a broken team with nothing left to lose, but a desperate family with more at risk than ever before! (W) Marguerite Bennett (A) Mike Norton

DARTH VADER #6 and #7 The Emperor’s machinations revealed! Everything changes for Vader! The tale of Vader’s transformation from A New Hope to The Empire Strikes Back continues! Star Wars © Lucasfilm Ltd. & TM. All rights reserved. Used under authorization. Text and illustrations for Star Wars are © 2015 Lucasfilm Ltd. (W) Kieron Gillen (A) Salvador Larroca 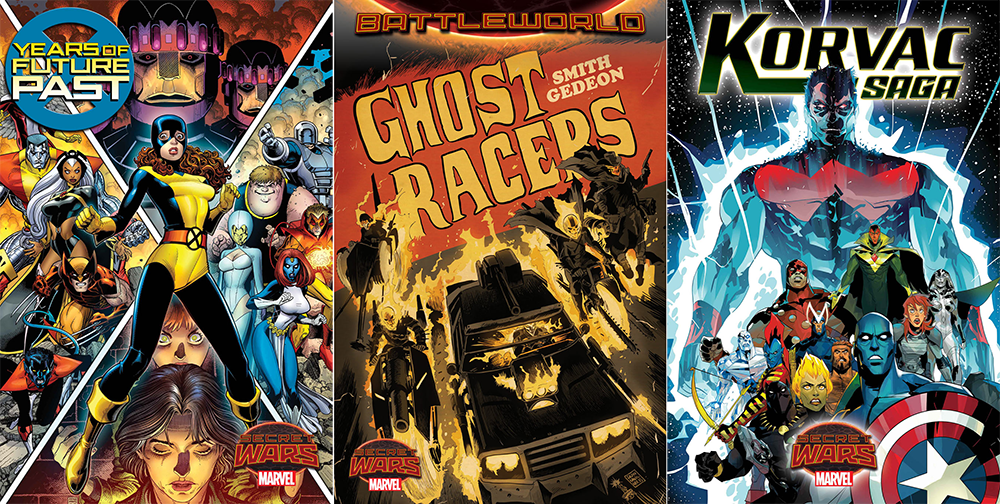 KORVAC SAGA #1 Lord Michael Korvac governs the Forest Hills, but his domain is threatened by rival lords, chaotic threats from beyond the Wall, and, worst of all, a dark madness that is spreading through the population. Led by the noble Major Victory, Korvac’s loyal Guardians must find the source of the evil before it corrupts the world as they know it. (W) Dan Abnett (A) Otto Schmidt

JUMP ON HERE  GHOST RACERS #1 Welcome to the scorching-hot track where cursed souls race at the speed of sin, anything and everything goes and the only rule is no rule--it’s the spectacle known as the GHOST RACES; the most hellish “entertainment” known to BATTLEWORLD! 1st place prize: Temporary freedom from the ARENA, but what happens to the unlucky and unholy losers? (W) Felipe sMITH (A) Juan Gedeon