SWEET AS: The Top 6 From DC Comics' July 2015 Solicitations 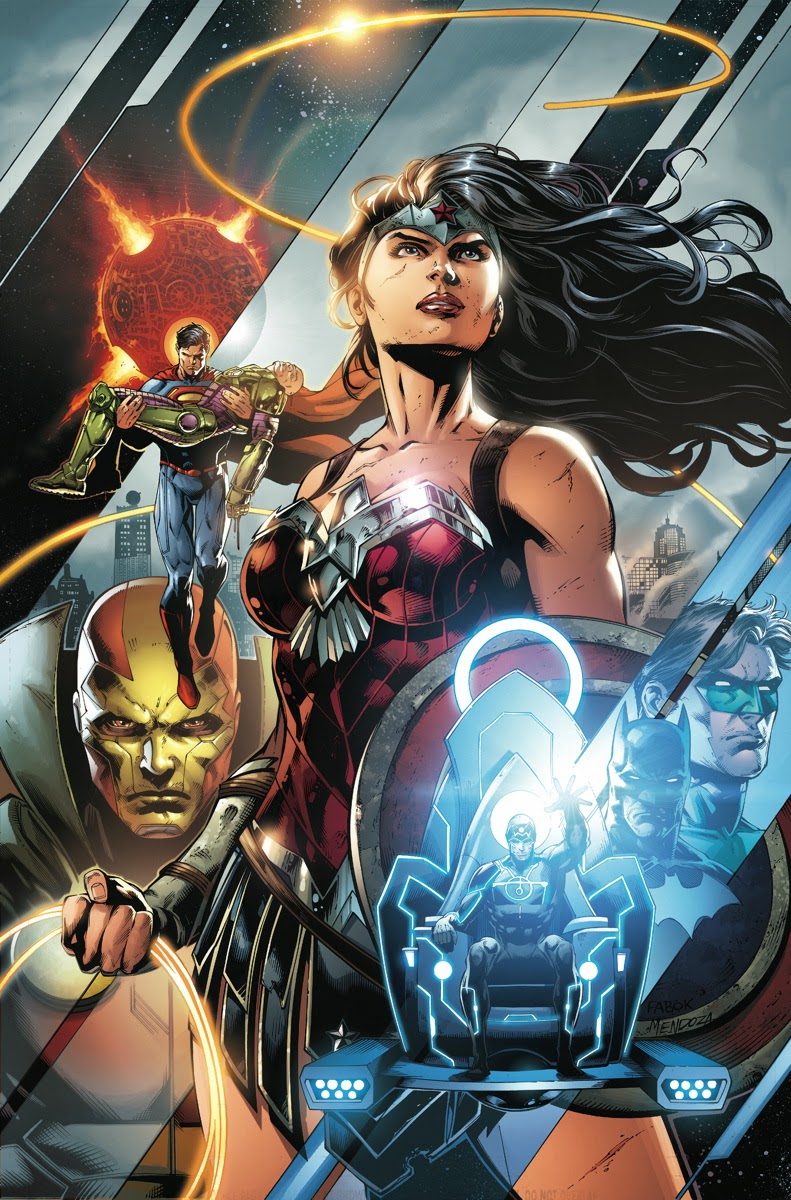 When we Kiwis find something we like, we say it's 'Sweet as'. When I look at DC Comics' July 2015 solicits, these six make the 'Sweet As' grade:

PICK OF THE MONTH  JUSTICE LEAGUE #42 Why? A JLA arc centered on Wonder Woman? The New Gods? Superman and Lex allies? And that's just the surface! DC says: The epic Darkseid War event storyline continues! As Darkseid and the Anti-Monitor maneuver toward inevitable war, Wonder Woman leads the Justice League against a force that holds the answers on how to stop it – but the price might be Batman’s soul! Meanwhile, Mister Miracle faces off against a mysterious hero who has been fighting in the shadows for decades! (W) Geoff Johns (A) Jason Fabok

SOUNDS LIKE AWESOME  WE ARE ROBIN #2 In Gotham City, hundreds of Robins have taken to the streets. But who will be their new leader? And who is the mystery man working behind the scenes? (W) Lee Bermejo (A) Rob Haynes and Khary Randolph

MARTIAN MANHUNTER #2 It’s the Man of Steel versus the Martian Manhunter as Superman demands to know what J’onn J’onnz knew about the Martians’ terrible plans for Earth. (W) Rob Williams (A) Eddy Barrows and Eber Ferreira

MIDNIGHTER #2 Marina Lucas woke up this morning as a suburban martial-arts instructor…but when God Garden tech unexpectedly falls into her lap, she’ll end the day as the deadliest woman on the planet! That’s bad news for her – and worse for the Midnighter! (W) Steve Orlando (A) ACO 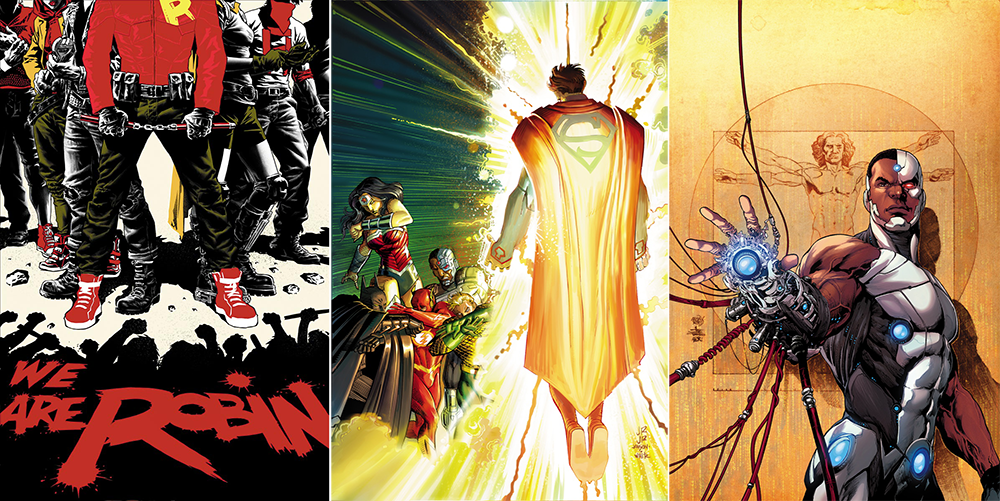 JUMP ON HERE  CYBORG #1 The machine that gives Cyborg his powers is evolving! The only problem is that machine is his body and he has no idea what’s causing these changes! (W) David Walker (A) Ivan Reis and Joe Prado

What do you think?  For DC's full July solicits, click here.
Posted by IADW at 8:38 pm