SWEET AS: The Top 6 From Image Comics' July 2015 Solicitations 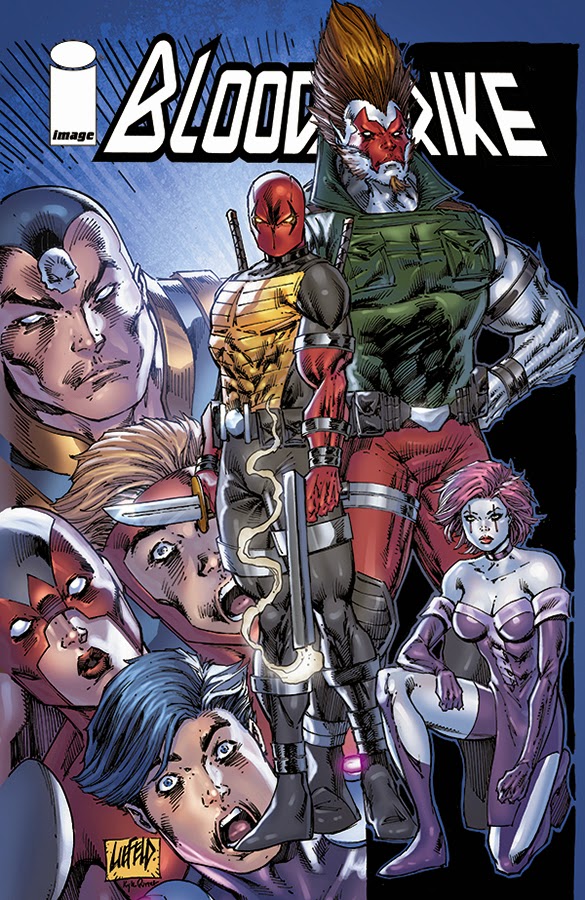 When we Kiwis find something we like, we say it's 'Sweet as'. When I look at Image Comics' July 2015 solicits, these six make the 'Sweet As' grade:

PICK OF THE MONTH:  BLOODSTRIKE #1 Why: Sometimes you don't want an Oscar winner or a Sandman. Sometimes you just want an Arnie flick or the kind of comic Rob Liefeld's Extreme Studios used to do. And now one's back. Image says: Liefeld returns with a new ongoing series, a lively romp that reveals a more mature side to Liefeld than fans have previously experienced. A new recruit to the Bloodstrike program (his identity as a mystery man from the historical Extreme Universe soon to be revealed!) struggles on a covert mission and loses his life as well as his junk to the mysterious Tragedy Ann! (W&A) Rob Liefeld

JUMP ON HERE:  WE STAND ON GUARD #1  100 years from now, a heroic band of Canadian civilians must defend their homeland from invasion...by the United States of America! The hyper-detailed combat between badass freedom fighters and giant f***ing robots begins with a spectacular 40-page first issue for the regular price of just $2.99!
(W) Brian K. Vaughan (A) Steve Skroce. 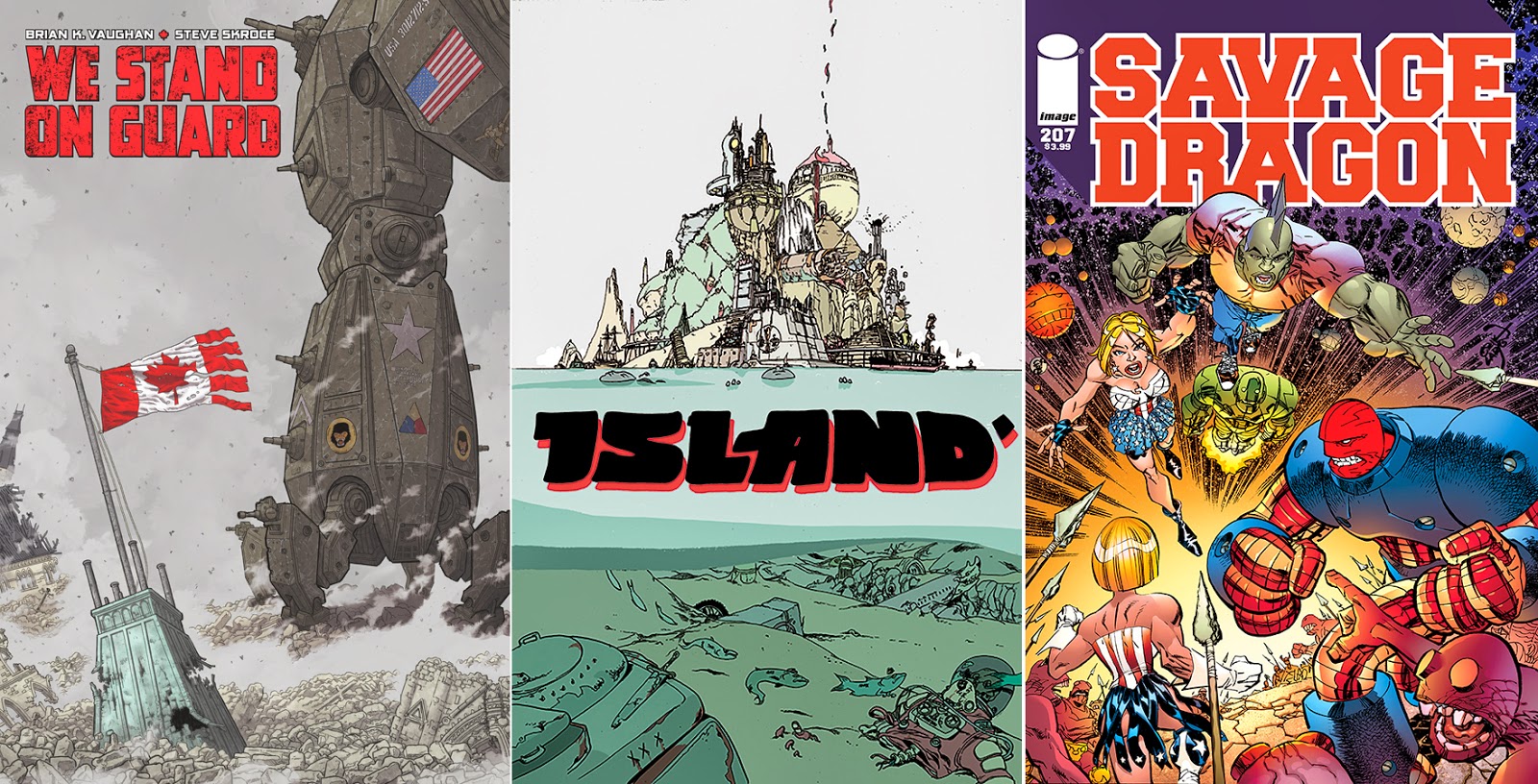