Who was at your Free Comic Book Day? Mine had Black Canary, Darth Vader, random Lord of the Rings-ish characters and a Blade so real you had to look twice. Sadly, my mobile was flat, but had any of these cosplayers attended, I would've stolen a Samsung Galaxy 5 from a baby if I needed to in order to capture the moment. 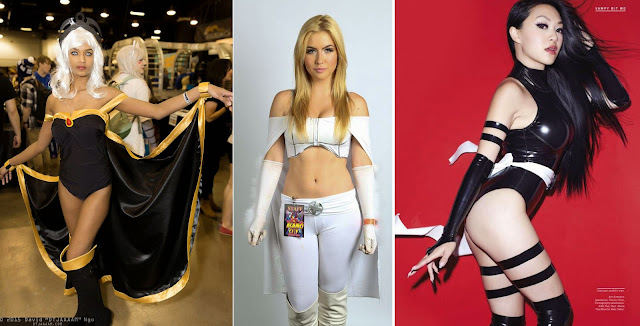 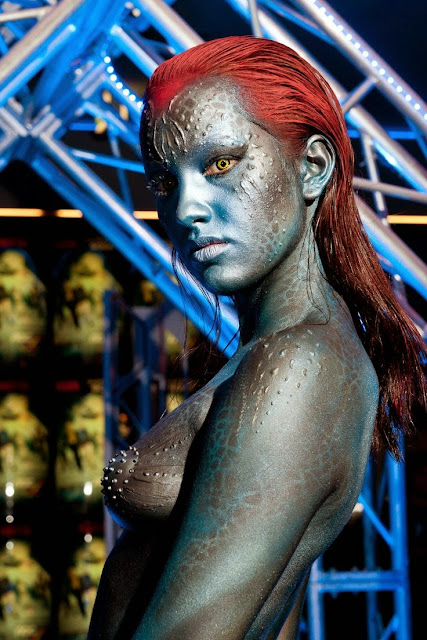 Storm will always raise the humidity in any cosplay room. Busted at the calgary Expo by photographer David Ngo, there isn't a rain that could ruin this lady's parade.

Christina Malcolm as Emma Frost - the White Queen is as close to a flawless diamond in the rough as cosplayers ever get. And to think, if Grant Morrison hadn't written the X-Men, she'd still be a c-list villain.

Psylocke is another stunning take by Vampy Bit Me of Marvel's ninja trained telepath. Real name Linda Le, this woman has cosplayed as so many characters you need to see her Facebook page to believe it.

Mystique is one hell of a bodypainted beauty, thanks to New Zealand's own BodyFX company of artists. No wonder they are award-winning! This shot makes me want to watch X-Men all over again!