"SOMETIMES YOU HAVE TO BE THE PERSON WHO STANDS UP" Michael B. Jordan Writes The Letter He Should Never Have Had To 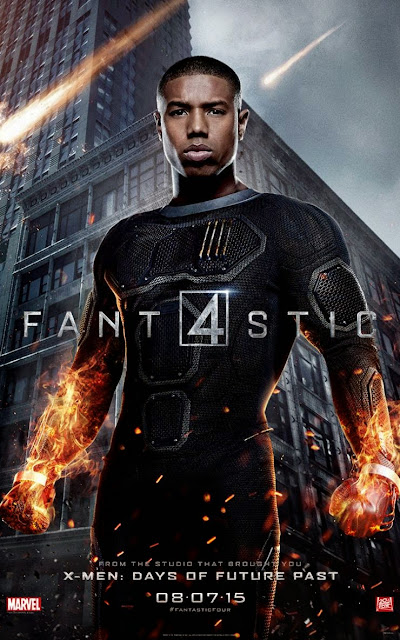 I know when you reference an article on another website, you shouldn't post the whole thing, but it's tempting to do just that for Michael B. Jordan's letter to Entertainment Weekly, on the internet's reaction to his casting as the Human Torch in the upcoming Fantastic 4 feature film reboot.

Actually that makes it sound like the whole internet reacted the same way (which is a gross overstatement), so retract that. It's his reaction to those who can't fathom why a caucasian super-hero could be cast as a person of another ethnicity.

People who sadly enough were noticed by the mainstream media, who then unfortunately reported on 'comic fans' as a unit, sharing the same volatile perception.

Hopefully his letter registers with some, because Mad Max: Fury Road has added fuel to my ongoing fire, that Charlize Theron would make an awesome 'Storm' for the reboot teased to follow X-Men: Apocalypse (and not just because of her South African heritage).

Anywho, here are the highlights of Michael's letter;

"You're not supposed to go on the Internet when you’re cast as a superhero. But after taking on Johnny Storm in Fantastic Four—a character originally written with blond hair and blue eyes—I wanted to check the pulse out there. I didn't want to be ignorant about what people were saying. Turns out this is what they were saying: “A black guy? I don't like it.” and “It’s not true to the comic.” Or even, “They've destroyed it!” 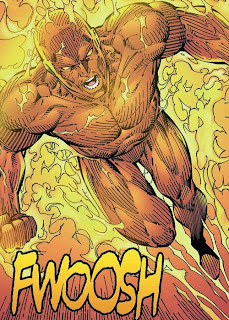 "It used to bother me, but it doesn't anymore. I can see everybody’s perspective, and I know I can’t ask the audience to forget 50 years of comic books. But the world is a little more diverse in 2015 than when the 'Fantastic Four' comic first came out in 1961.

This is a family movie about four friends—two of whom are myself and Kate Mara as my adopted sister—who are brought together by a series of unfortunate events to create unity and a team. That’s the message of the movie, if people can just allow themselves to see it.

Sometimes you have to be the person who stands up and says, “I'll be the one to shoulder all this hate. I'll take the brunt for the next couple of generations.” I put that responsibility on myself. People are always going to see each other in terms of race, but maybe in the future we won't talk about it as much. Maybe, if I set an example, Hollywood will start considering more people of color in other prominent roles, and maybe we can reach the people who are stuck in the mindset that “it has to be true to the comic book.” Or maybe we have to reach past them."

And there you have it. While I can picture casting directors would have an easier job if asians could only play asians, gays couldn't play hetrosexuals, short people couldn't play tall, I'm glad such a systematic process dissolves by the day. As a fan I am proud that Fantastic 4 will be another landmark movie in this process, even if it was hoping to come out in an era when such a change wasn't a 'landmark' at all.
Posted by IADW at 1:59 pm