SWEET AS: The Top 4 From Valiant's August 2015 Solicitations 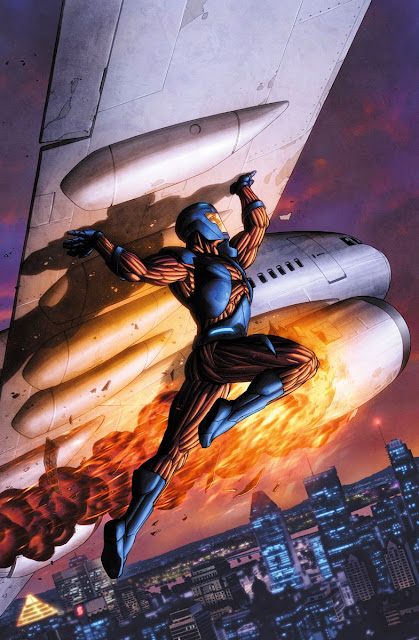 When we Kiwis find something we like, we say it's 'Sweet as'. When I look at Valiant's August 2015 solicits, these four make the 'Sweet As' grade:

PICK OF THE MONTH:  RAI #9 NEW ARC! “THE ORPHAN” – PART 1 Superstar creative team Matt Kindt and Clayton Crain return to their one-of-a-kind vision for the future...but will the titular hero?

Broken, beaten, and cast down to Earth, Rai’s allies now find themselves hunted, persecuted, and imprisoned for their failed rebellion against Father. Rai is determined to save his friends and bring down Father once and for all–but how can he do that from Earth? (A) Matt Kindt (A) Clayton Crain

X-O MANOWAR #39 ALL-NEW ARC! “EXODUS” BEGINS NOW! Aric of Dacia is X-O Manowar, hero to humanity, leader of the remaining Visigoths, and a husband about to start a new family. He is also the bearer of Shanhara, and tantamount to a God in the eyes of the alien race known as the Vine.

Now, in the aftermath of DEAD HAND, the Vine need a new home and have chosen Earth – tearing Aric between two races that worship him, but each despise one another. (W) Robert Venditti (A) Rafa Sandoval. 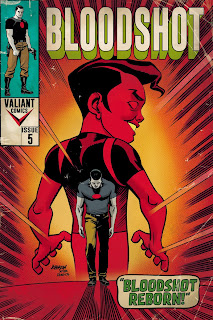 BLOODSHOT REBORN #5 EVIL-DOERS, BEWARE… BLOODSQUIRT IS TAKING CHARGE! The memories of the thousands of people he killed as Bloodshot aren’t the only things that haunt Ray Garrison. For months now, the specter of the Geomancer and a nightmarish cartoon known as Bloodsquirt have tormented him at every turn. Are they real or a just figment of Bloodshot’s broken psyche? And just who are the other members of the Bloodsquirt’s squad…and what are they planning next? (W) Jeff Lemire (A) Raul Allen

SOUNDS LIKE AWESOME  NINJAK #6 (NEW ARC! “THE SHADOW WARS” – PART 1) Who are the shadow seven? That’s the question Ninjak was sent to answer when he was dispatched to destroy terrorist organization Weaponeer from the inside out. As the mysterious new enemies make their move, he’s on a globe-spanning race against time to stop their machinations. Plus: discover how Colin King and Neville Alcott first met – and the deadly secret Neville has kept from Colin as NINJAK: THE LOST FILES continue (W) Matt Kindt (A) Clay Mann, Butch Guice.

What do you think?  For the full list of Valiant's August 2015 solicitations, click the jump.
Posted by IADW at 7:50 pm