SWEET AS: The Top 6 From DC Comics' August 2015 Solicitations 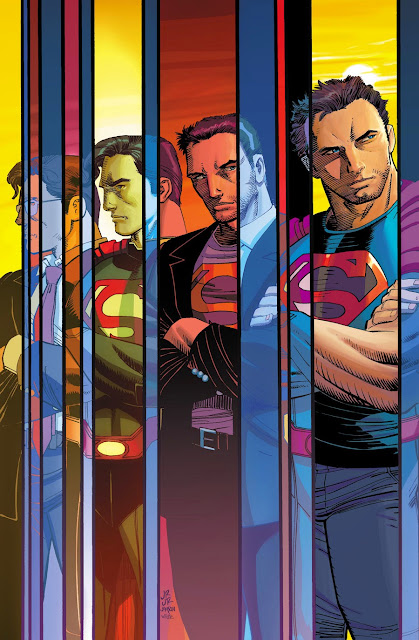 When we Kiwis find something we like, we say it's 'Sweet as'. When I look at DC Comics' August 2015 solicits, these six make the 'Sweet As' grade:

PICK OF THE MONTH BATMAN/SUPERMAN #23 Why? Everytime I think about 'Truth' I get excited. It feels like 90's Superman is back. Or at least the closest we'll get. Plus check out the talent on these books! DC says: “Truth” continues as Superman must learn to depend on the new Batman’s help—but can he trust him? (W) Greg Pak (A) Ardian Syaf

CYBORG #2 The most advanced tech known to humans has been used to turn Vic Stone into Cyborg, making him one of the most powerful beings on the planet. Now he’s been targeted by alien invaders that want his technology—even if they have to kill Cyborg and everyone he knows to get it!! (W) David Walker (A) Ivan Reis and Joe Prado

MARTIAN MANHUNTER #3 The Martian invasion of Earth cannot be without J’onn J’onzz, and that prompts the heroic Manhunter to make the ultimate sacrifice. R.I.P.. (W) Rob Williams (A) Eddy Barrows and Eber Ferreira

JUMP ON HERE  BIZARRO #3 It’s the Good, the Bad and the Stupid as Bizarro’s road trip leads to Ol’ Gold Gulch, an old West ghost town inhabited by hundreds of peaceful poltergeists. But when the long-dead outlaw El Papagayo and his band of ghostly banditos ride in to terrorize the town, it’s up to Bizarro, Jimmy and bounty hunter Chastity Hex to challenge them to a showdown at high midnight! (W) Heath Corson (A) Gustavo Duarte 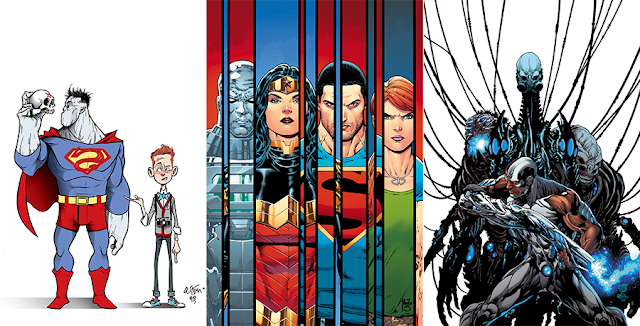 SOUNDS LIKE AWESOME  SUPERMAN / WONDER WOMAN #20 “Truth” continues—and as Superman and Wonder Woman deal with the ramifications of his secret identity being blown, they dig deeper into the disappearance of Lana Lang and Steel, which force them to team up with an unexpected and dangerous nemesis. (W) Peter J. Tomasi (A) Doug Mahnke

What do you think?  For DC's full August solicits, click here.
Posted by IADW at 7:51 pm