The internet can be a labyrinth at times. Many creators are sadly avoiding the trolls of social media, but fortunately not all. One dude you seriously need to be paying attention to is Joe Madureira. Over on battlechasers.com he and the team at Airship Syndicate are bringing back Battle Chasers.

Just check out this character sketch for a sample of what's going down... 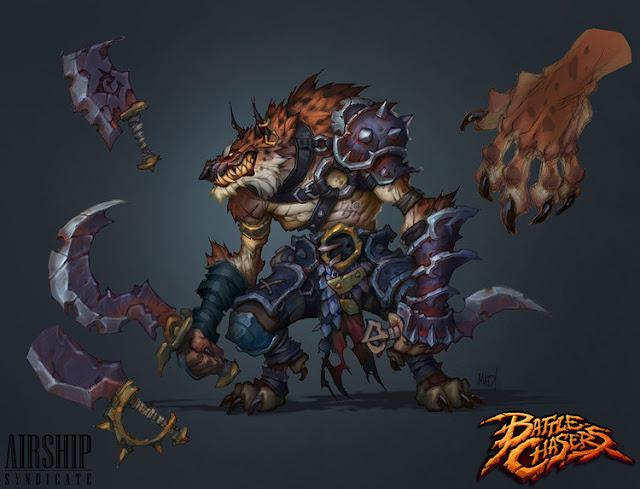 He hasn't said or done anything yet and I'm already addicted! Plus who doesn't like Gully? How more comics haven't picked up on the fantasy market and run with it I don't know.

Still, just the fact the legendary artist's hit comic is poised to return, in both comic and game form, is reason to celebrate.

Not only does Joe take you behind the scenes on social media, he also opens up competitions for you to name the fresh faces finding their home in Battle Chasers lore.