With this weekend being the anniversary of the passing of iconic artist Michael Turner, it is also bittersweet timing, that Top Cow has just announced the series with which Turner made his name, Witchblade will cease with #184, the title's 20th anniversary issue. 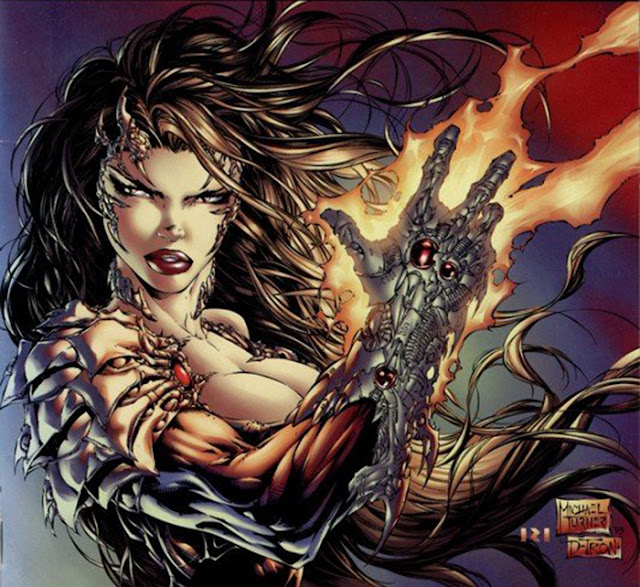 With The Darkness still in limbo at Top Cow after almost two years, cancellations seem to actually mean something at Image Comics. Still, 90's me finds it hard to imagine either two of the industry giants of that decade are now facing such a fate.

The 48 page final issue will feature a Michael Turner commemorative cover, and represent some of his iconic work on his co-creation, rescripted for the occasion. Other all-star artists returning for the curtain-closer, include Keu Cha, Stjepan Sejic, Randy Green and fellow co-creator, the legendary Marc Silvestri.