Seems like all it takes to crack the top six now is an internet goody hamper. Trust me, it'll make sense later on. That said though, Secret Wars #1 unsurprisingly took the top spot in a month where Marvel whitewashed DC out of the Top 6, only conceding one spot, to BOOM! Studios' of all people. This led Marvel to almost double DC's unit share figures, owing 41.11% of the market compared to DC's 26.04% slice. When it comes to comics, here is how the top six played out: 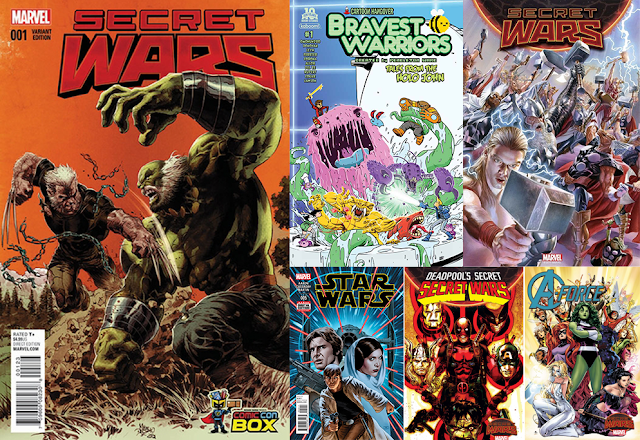 MY THOUGHTS: 'Really?' I think sums up my thoughts. I'm used to seeing Top 6 lists where I can at least and get why each book earned it's place, but A-Force? Deadpool's Super Secret Wars? Are these really where our dollars are going right now? I am actually surprised. Sure Loot Crate is responsible for spot #2, but #5 and #6 actually surprise me..