SWEET AS: The Top 6 From DC Comics' September 2015 Solicitations 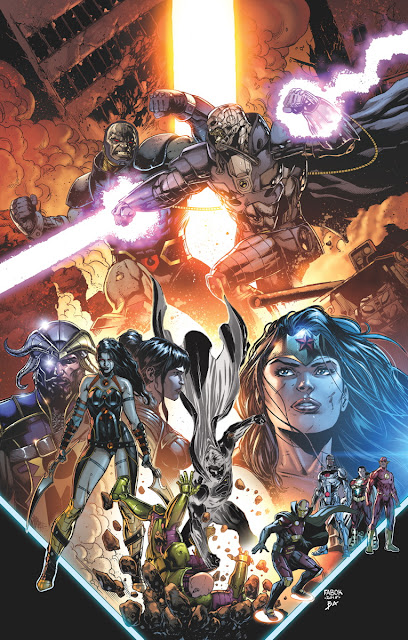 When we Kiwis find something we like, we say it's 'Sweet as'. When I look at DC Comics' September 2015 solicits, these six make the 'Sweet As' grade:

PICK OF THE MONTH  SUPERMAN #44 The epic Truth arc reaches its finale as the Daily Planet and its staff may be the first casualties of Clark’s identity being revealed! (W) Gene Luen Yang (A) John Romita Jr

JUMP ON HERE  MIDNIGHTER #4  Grayson and Midnighter—reunited at last! Granted, it wasn't Grayson’s idea, and yes, technically Midnighter might have kidnapped him. And, uh, brought him to Moscow to fight a herd of feral vampires. Maybe this reunion is getting off on the wrong foot… (W) Steve Orlando (A) Stephen Mooney

SOUNDS LIKE AWESOME  JUSTICE LEAGUE #44 Darkseid versus Anti-Monitor! A corrupted Superman versus Lex Luthor! Myrina Black versus Grail! This chapter of "Darkseid War" has it all—plus an ending that will change the League forever! (W) Geoff Johns (A) Jason Fabok

CYBORG #3 Cyborg is our only defence against a freakish new army of invading metal aliens known as the Technosapiens. Plus, the Tekbreakers are back! They killed him the last time—are they back to finish the job? (W) David Walker (A) Ivan Reis and Joe Prado 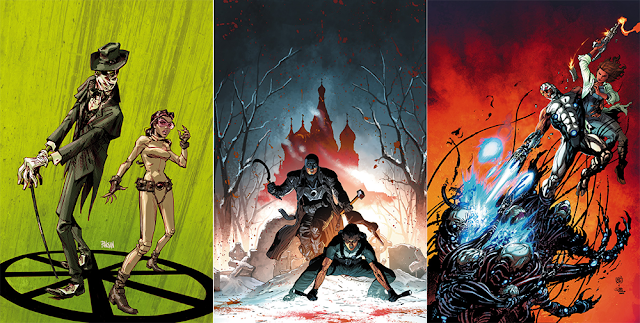 MARTIAN MANHUNTER #4 What is tying four individuals around the world to the ghost of J’onn J’onzz? And will they find out before they’re torn to pieces by the unstoppable Martian Maneater? (W) Rob Williams (A) Eddy Barrows and Eber Ferreira

ACTION COMICS #44 The epic “Truth” arc reaches its finale as Superman makes some brutal choices and discovers the source of the Shadow Warriors. (W) Greg Pak (A and W) Aaron Kuder

What do you think?  For DC's full September solicits, click here.
Posted by IADW at 5:30 pm