SWEET AS: The Top 6 From Image Comics' September 2015 Solicitations 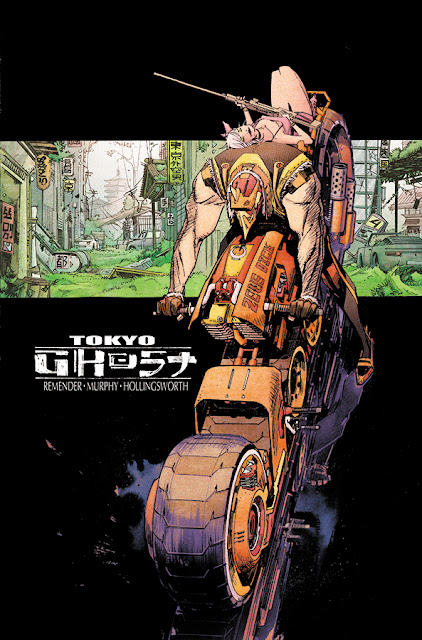 When we Kiwis find something we like, we say it's 'Sweet as'. When I look at Image Comics' September 2015 solicits, these six make the 'Sweet As' grade:

PICK OF THE MONTH:
TOKYO GHOST #1

The Isles of Los Angeles 2089: Humanity is addicted to technology, a population of unemployed leisure seekers blissfully distracted from toxic contamination, who borrow, steal, and kill to buy their next digital fix. Getting a virtual buzz is the only thing left to live for. It's the biggest industry, the only industry, the drug everyone needs, and gangsters run it all.

And who do these gangsters turn to when they need their rule enforced? Constables Led Dent and Debbie Decay. This duo is about to be given a job that will force them out of the familiar squalor of Los Angeles to take down the last tech-less country on Earth: The Garden Nation of Tokyo.

WE STAND ON GUARD #3 What will torture look like in the future? (W) Brian K. Vaughan (A) Steve Skroce.

THE 90'S WEREN'T SO BAD  BLOODSTRIKE #3 Bloodstrike marshals its forces to stop a deserter that threatens to expose the program and its hideous secrets. (W and A) Rob Liefeld. 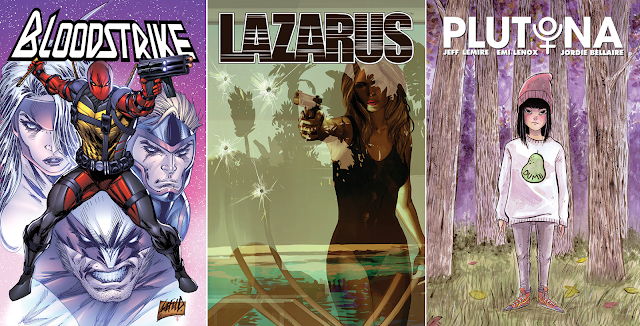 SOUNDS LIKE AWESOME:  PLUTONA #1 A brand new heartfelt super-hero series, Plutona follows the story of five suburban kids who make a shocking discovery while exploring the woods one day after school...the body of Plutona, the world's greatest superhero. A dark and heartbreaking journey about friendship and coming of age all through the lens of the superhero genre. (W) Jeff Lemire and Emi Lenox (A) Emi Lenox.

What do you think?  Full Image Comics September 2015 solicits here.
Posted by IADW at 8:34 am