SWEET AS: The Top 6 From Marvel's September 2015 Solicitations 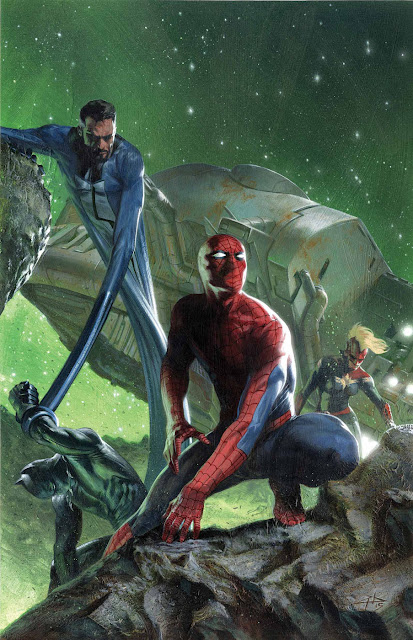 When we Kiwis find something we like, we say it's 'Sweet as'. When I look at Marvel Comics' September 2015 solicits, these six make the 'Sweet As' grade:

PICK OF THE MONTH:  SECRET WARS #7 (of 8) The greatest sacrifice! (W) Jonathan Hickman (A) Esad Ribic

SOUNDS LIKE AWESOME  GUARDIANS OF KNOWHERE #4 Who is this mysterious woman and how could she have taken out Gamora? Knowhere is in turmoil and, some would say, easy-pickings. Who's going to take it all? (W) Brian Michael Bendis (A) Mike Deodato

INFERNO #5 Darkchild's Demon Horde, The Goblin Court and Sinister's Boom Clones all battle for power! Who will rule the new Inferno?! The city is lost, but can Colossus defeat the Darkchild in single combat? Illyana's soul hangs in the balance! (W) Dennis Hopeless (A) Javier Garron

GHOST RACERS #4 Robbie Reyes may have broken free of the Killiseum races but what at what terrifying cost? What is the fate of the other racers Johnny Blaze, Danny Ketch, Alejandra Blaze, Slade and Zero Cochrane after their betrayal to Arcade? Can anyone truly win on the Track of Treachery? (W) Felipe Smith (A) Juan Gedeon

YEARS OF FUTURE PAST #5 The hour of judgment crashes down with the ruins of New York City as the traitor is revealed. The last hope of mutantkind must survive the humans, the Sentinels--and the rage of the X-Men (W) Marguerite Bennett (A) Mike Norton. 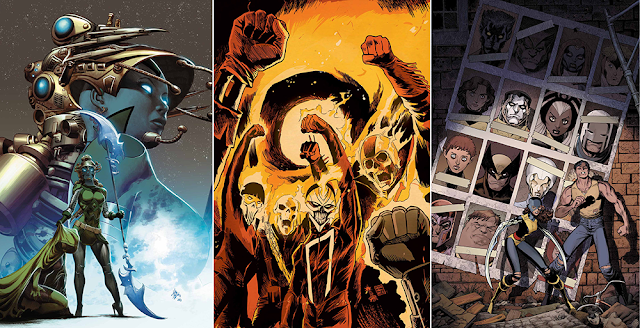 JUMP ON HERE  CAPTAIN AMERICA: WHITE #1 From his re-awakening in the present day to his days on the battlefield during World War II, follow Captain America as he recalls a special mission during The Big One! It's 1941 and the Howling Commandos are just looking to kick back and relax.... But Cap and Bucky are about to make their night a whole lot worse! Extra-sized issue featuring Captain America: White #0. (W) Jeph Loeb (A) Tim Sale.

What do you think? Full Marvel's September 2015 solicitations here.
Posted by IADW at 5:55 pm