THE DOCTOR IS IN: Strange To Get Series By Bachalo And Aaron 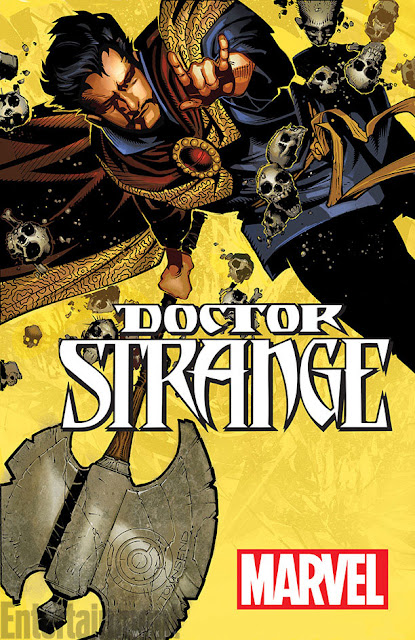 The third book release of the new post Secret Wars Marvel, is easily the best so far. Get this: writer Jason (Southern Bastards) Aaron on a new Doctor Strange book, with artist Chris (Generation X / Death: The High Cost Of Living) Bachalo!

Everytime I think of Bachalo unleashing his crazy details and panel gap filler sketches to detail the inter-dimensional craziness of Marvel's sorcerer supreme I get light-headed. I've waited for this ever since I saw Chris draw Strange vs Dormammu in old promotional art that I've included below. I only hope we also get to see his Defenders!

Telling entertainment weekly that the new series will look at the price steven pays to be able to pull of the magical feats he can, while allowing the good doctor to get a little dirty instead of just "waving his hands to save the day" while embracing the strange and the weird inherent in the characters name.

With Wong, a new major villain and a magical beer drinking social circle in the mix, the crew hope their grounding of the iconic character will open up the mystical side of the new Marvel U, like Guardians of The Galaxy did for the cosmic contingent.