BACK IN THE 'POOL: Kelly And McGuinness Return To Wade Wilson 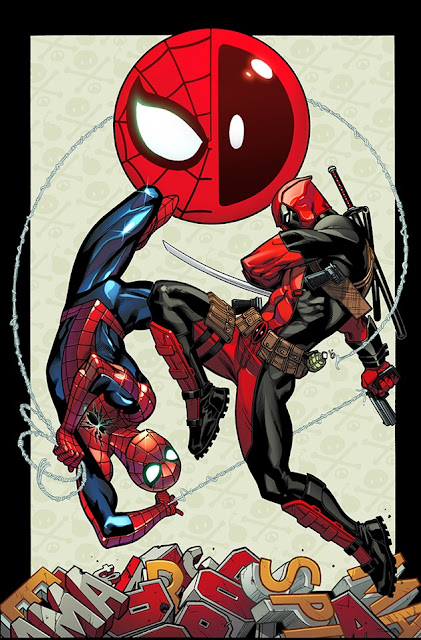 One of the best books on the market while the whole Heroes Reborn thing was going on at 1997 Marvel, wasn't X-Men, but Deadpool.

Launched in a wave of new #1's to capitalise off the increased attention of the Heroes Reborn movement, Deadpool quickly passed fellow launchees Alpha Flight, Maverick, Heroes for Sale and even an insanely cool Ka-Zar series, because of two creators. Writer Joe Kelly and artist Ed McGuinness.

Now I've already blabbed for an entire post on how Fabian Nicieza and Rob Liefeld may have created the character, but these two actually gave him life, so I don't need to go over all of that again now.

What I will say though is that I will be buying the hell out of the recently announced Spider-Man/Deadpool team-up comic by the same duo, because as neither's skills have rusted in the 18 years since, its a pretty fine bet lightning is going to strike twice.

Joe Kelly is my personal 'good read writer' - I've never read a book of his that hasn't wowed me. And I know if he can turn The Rhino into one of the best comics I've ever read, he is more than capable of breaking the writer's curse of 'never being able to go home'. Looking forward to it!