Sometimes in live you just feel like the square peg in the round hole, the DCSeeker at Image Expo, the Beyonce in the Spice Girls, etc, etc. To convey that feeling, this cosplay spotlight celebrates the odd one out. DC, DC, DC, Marvel, or red, red, red, blue - here's to all those random peeps out there who stand out in a crowd. 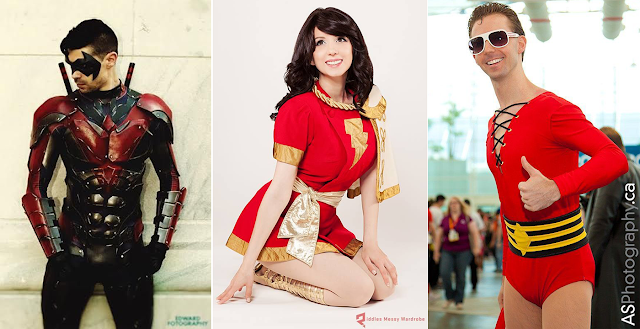 Sure, if there was any decency in the world, Nightwing would be back to his blue sunday best, but that doesn't look like it's going to happen anytime soon (esp since Dick is just super-spy 'Grayson' at the moment). Heading the winds of change, famous Nightwing cosplayer Dynamite Webber has now adapted to the character's DC52 red look. 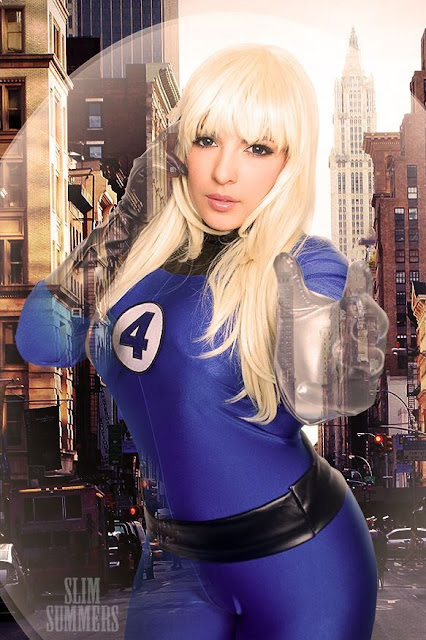 Keeping with famous cosplayers, Riddle Messy Wardrobe has been The Wasp, the Rocketeer and more, but her as Mary Marvel, she sure brings the fun and innocence to Captain Marvel's favourite feminine sidekick - and you can click right here to see her take on Mary's evil alter-ego!

With humour comics on the rise, I was shocked that Plastic Man wasn't one of the returnees in the age of DC YOU releases. He's been missed during the 52 and helmed one of the Convergence mini's, yet fans have to settle for amazing cosplays like T Money Cosplay's efforts captured at SDCC2012 by asphotography.ca in the meantime. Heck, he looks like he actually can bend!

Mariedoll proves while Photoshop may give her added powers, nothing beats a classic - and the Invisible Woman sure is one of those. In the Jack Kirby classic uniform no less, this is one lady who I doubt will ever fade from sight.