SWEET AS: The Top 6 From DC Comics' October 2015 Solicitations 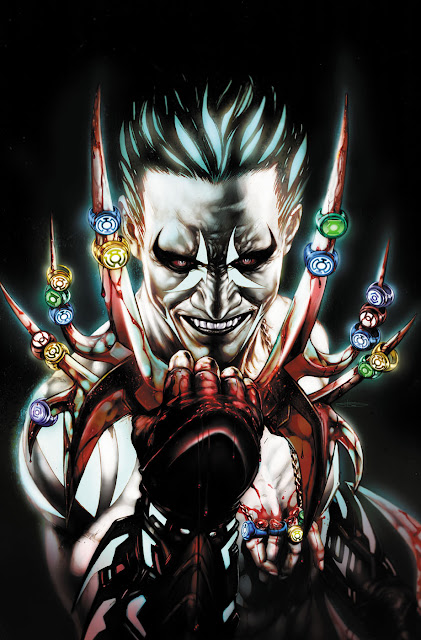 When we Kiwis find something we like, we say it's 'Sweet as'. When I look at DC Comics' October 2015 solicits, these six (Lobo's not one of them, I just really love the October cover) make the 'Sweet As' grade:

PICK OF THE MONTH  JUSTICE LEAGUE: GODS AND MEN -- GREEN LANTERN #1 With the Green Lantern Corps threatened by a strange extinction-level event on Oa, only Hal Jordan and John Stewart remain to save the Corps- -- and themselves -- from joining Darkseid's army forever! (W) Tom King (A) Evan Shaner.

JUMP ON HERE  MARTIAN MANHUNTER #5 The Epiphany invasion plan kicks into high gear when the Martian moon Phobos falls into Earth's orbit, and Mr. Biscuits takes flight. And who is the strange old man wearing a tattered blanket tied around his neck like a cape, and what's his connection to J'onn J'onzz? (W) Rob Williams (A) Eddy Barrows and Eber Ferreira

SOUNDS LIKE AWESOME  SINESTRO #16 The leader of the Sinestro Corps must travel to Earth to seek help from Black Adam, the one man who may be able to help Sinestro end his conflict with the Paling. (W) Cullen Bunn (A) Brad Walker and Andrew Hennessy.

JUSTICE LEAGUE #45 The "Darkseid War" continues with superstar guest artist Francis Manapul! In the aftermath of the last issue, members of the League have gained great power -- the power of Gods! -- but at a great price that may be their destruction, unless Wonder Woman and Mister Miracle can help the League hold on to their humanity. (W) Geoff Johns (A) Francis Manapul 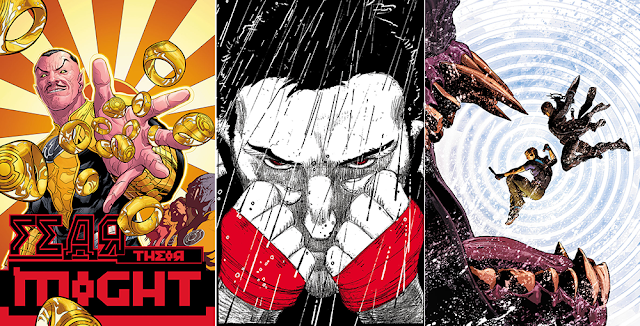 MIDNIGHTER #5 Grayson and Midnighter have finally cornered the man selling the tech that was stolen from the God Garden! Unfortunately for them, he's saved all the best toys for himself! Somebody's not leaving Russia alive... (W) Steve Orlando (A) Stephen Mooney

SUPERMAN #45 After having his secret identity exposed, Superman vowed to bring to justice anyone who hurt those close to him. But when a villain calls his bluff, how far will the Man of Steel go? (W) Gene Luen Yang (A) John Romita Jr

What do you think?  For DC's full October solicits, click here.
Posted by IADW at 1:13 pm