SWEET AS: The Top 6 From Marvel's October 2015 Solicitation 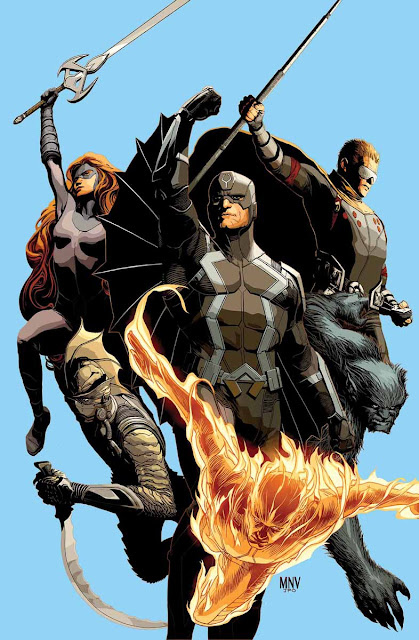 When we Kiwis find something we like, we say it's 'Sweet as'. When I look at Marvel Comics' October 2015 solicits, these six make the 'Sweet As' grade:

PICK OF THE MONTH:  DOCTOR STRANGE #1 Who do you call when things are coming out of your dreams and trying to kill you? Or when your daughter is cursing in Latin and walking like a spider? Or when your dog keeps screaming at you to strangle your neighbors?

Doctor Strange, of course. He’s the only person standing between us and the forces of darkness, but has he been paying his tab? Every act of magic has a cost and Stephen Strange is about to be put through hell to even the scales. (W) Jason Aaron (A) Chris Bachalo

Medusa and Johnny Storm are an item. Black Bolt is running covert missions of his own. And something so big happened between the Inhumans and the X-Men that Beast is now on the side of the Inhumans. And if that’s not enough, the most dangerous villain throughout Marvel’s history is against them—KANG THE CONQUEROR. (W) Charles Soule (A) Steve McNiven

KARNAK #1 “My curse is that I see the flaw in all things. Systems. Philosophies. Structures. People. Everything. Never forget who I am. I am Karnak of the Inhumans.” You may not know who Karnak is now, but you will. Phil Coulson goes to Karnak to help with a SHIELD case with Inhuman implications and what he’s going to find will terrify you. (W) Warren Ellis (A) Gerardo Zaffino 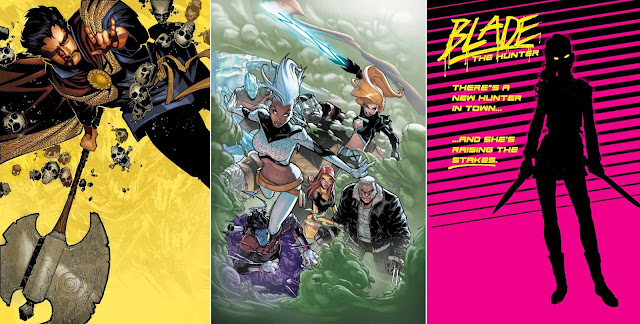 INVINCIBLE IRON MAN #1 New armor, new supporting cast, new villains and a new purpose that is going to tear itself across the entire Marvel Universe and beyond. With a shocker of a last page that will have everyone talking and the return of one of Tony’s biggest nemeses, you will not want to miss this!! Also, who are Tony’s biological parents? The quest begins here! (W) Brian Michael Bendis (A) David Marquez

EXTRAORDINARY X-MEN #1 The fate of mutantkind is decided here! Staring down the threat of extinction once more, veteran X-Man Storm pulls together the team she'll need to ensure her race’s survival. Together, these X-Men will struggle with the familiar burden of being hated and feared, while facing threats the likes of which they've never seen. Here’s hoping they survive the experience! (W) Jeff Lemire (A) Humberto Ramos