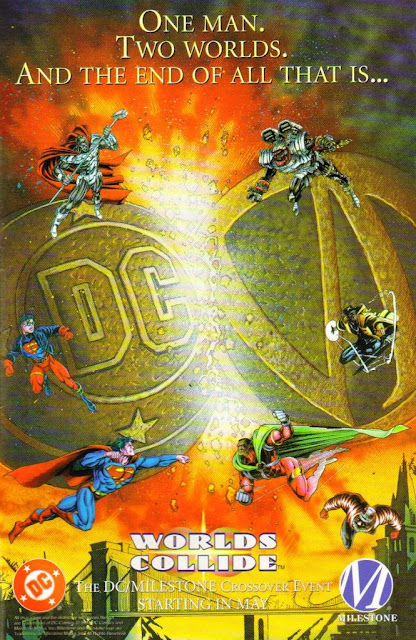 If I could jump in a time bubble and go back to the DC / Milestone age of comics this poster signifies, I would in a heart beat. These were great days, before over seriousness took over mainstream comics.

Now those fun days are even closer to returning, with DC announcing that Static Shock, Icon, Rocket, Hardware and Xombi will all return as Milestone Media becomes the official Earth M of the new DC Multiverse.

Always sold as much on creators as it was on comics, the original Milestone was where I discovered the crazy cool dark art of John Paul Leon. In Milestone 2.0, creators will include original co-founders Denys Cowan, Derek Dingle, and Reginald Hudlin as well as Christopher Priest.

Super stars Geoff Johns and Jim Lee will also cast their lines into the pool, for as yet unannounced projects, no doubt to help with the new universe's relaunch.

Static will no doubt lead the way, as plans kick off for a series of graphic novels — up to two a year — as well as various one-shots and miniseries.