It was meant to be a inhouse style guide for the 80's - showing DC Comics' staff how the company's premier heroes moved, stood and flew. Now, it is a time capsule on Facebook highlighting the artwork of José Luis García-López, who helped defined DC's greatest era with work that fuelled his 40 plus years as a master of the medium. 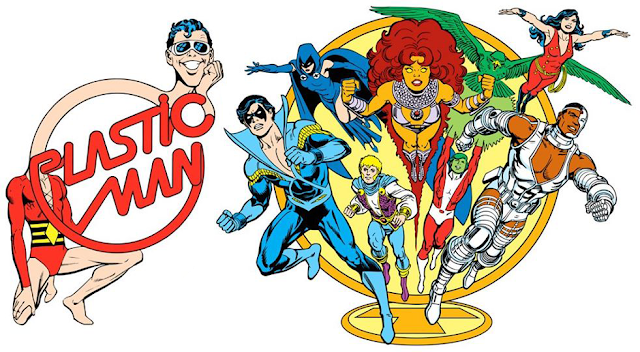 While many of the images contained for Superman, Batman, Wonder Woman and Robin have been prominently used in marketing over the years, the real bonus for this fan comes from seeing the model sheets and reference poses for characters García-López's name isn't so associated with. Plas and the Teen Titans above two of the prime examples.

With hints of Robotman, The New Gods, Black Canary, Firestorm and more in the group shots (but not having character pages of their own), this little timewarp could easilly be three times as long, and still just as amazing. Check it out on Facebook today at José Luis García-López fans.
Posted by IADW at 4:40 pm