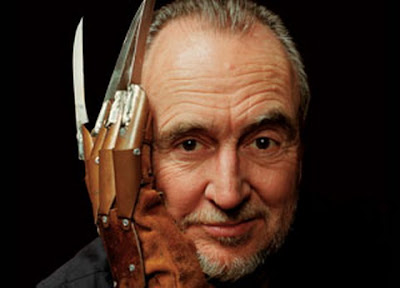 If I said 'I learnt to count from the skipping rhyme in A Nightmare on Elm Street, it would'nt be far wrong. I grew up on 80's horror and no film (even to this day) has ever spooked me like Wes Craven's sleep-depriving masterpiece. So I was saddened today to read he had passed away from brain cancer, aged 76.

Sure, he also was the brains behind the Scream trilogy, and tried his hand with DC's Swamp Thing, but his greatest creation will always be Freddy Krueger. He may never meet Wolverine claw to claw, or Sandman dream to dream, but he'll be keeping future generations jumping at shadows and sleeping with the light on long after I'm gone too. That I'm sure of.