SWEET AS: The Top 6 From Image Comics' November 2015 Solicitations 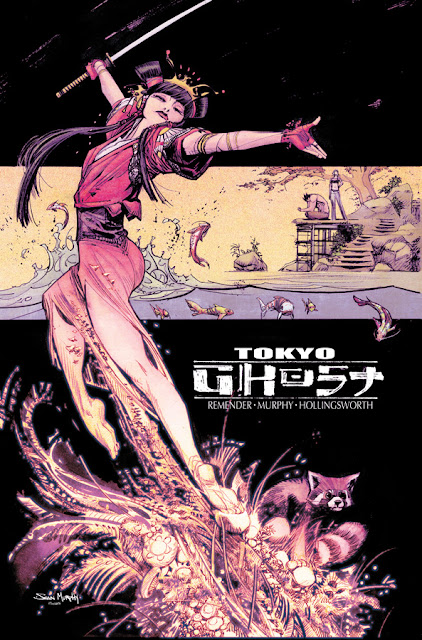 When we Kiwis find something we like, we say it's 'Sweet as'. When I look at Image Comics' November 2015 solicits, these six make the 'Sweet As' grade:

PICK OF THE MONTH:  THE GODDAMNED #1 The creators of Scalped, reunite for a new ongoing series of stark and brutal biblical noir, which begins with a special 40 page debut issue.

"And the earth was filled with violence." Genesis 6:11 It's 1,655 years after Eden, and life on Earth has already gone to hell. The world of man is a place of wanton cruelty and wickedness. Prehistoric monsters and stone-age marauders roam the land. Murder and destruction are the rule of the day. Humankind is a failed experiment. This is life before the Flood. The story of man on the verge of his first apocalypse. Welcome to the world of the Goddamned.

SOUNDS LIKE AWESOME  HUCK #1 In a quiet seaside town, Huck uses his special gifts to do a good deed each day. His neighbors return the favors by keeping his abilities a secret. But when a newcomer alerts the media, a firestorm erupts, sending Huck on an adventure that will change everything. (W) Mark Millar (A) Rafael Albuquerque

JUMP ON HERE:  MONSTRESS #1 New ongoing series! Steampunk meets Kaiju in this original fantasy epic for mature readers, as young Maika risks everything to control her psychic link with a monster of tremendous power, placing her in the center of a devastating war between human and otherworldly forces. 66 pages of story and no ads!

I HATE FAIRYLAND #2 Does Gert die by the axe of her assassin, Bruud The Brutal? Spoiler: Probably not. (W and A) Skottie Young 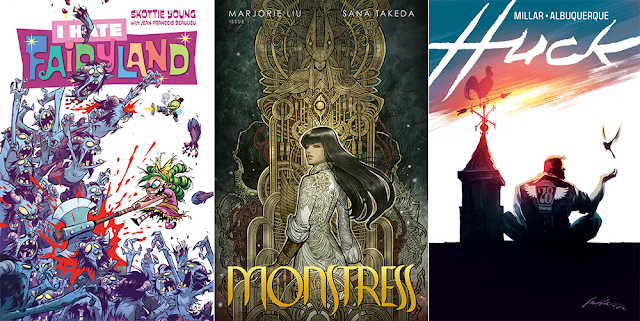 LAZARUS #21 The conclusion of "Poison" and an ending that'll rock your world. (W) Greg Rucka (A) Michael Lark

TOKYO GHOST #3 Led and Debbie find their target in the Gardens of Tokyo, a messianic figure that keeps the island free of all technology. (W) Rick Remender (A) Sean Murphy and Matt Hollingsworth.

What do you think?  Full Image Comics November 2015 solicits here.
Posted by IADW at 9:09 am