SWEET AS: The Top 6 From Marvel's December 2015 Solicitations 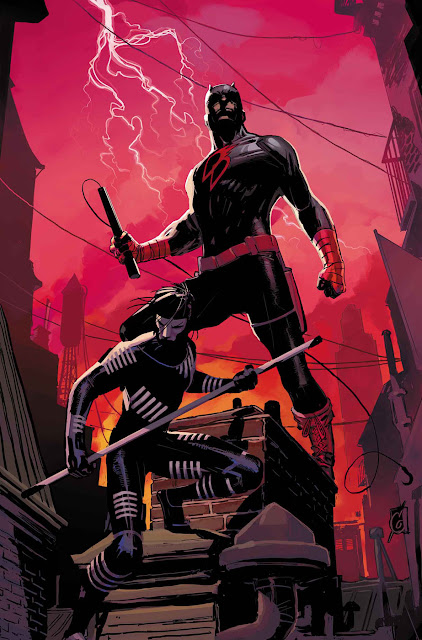 When we Kiwis find something we like, we say it's 'Sweet as'. When I look at Marvel Comics' December 2015 solicits, these six make the 'Sweet As' grade:

PICK OF THE MONTH:  DAREDEVIL #1 & 2 Back in black and on his home turf, Daredevil begins again in New York City as a new enemy emerges. Meanwhile his alter ego, Matt Murdock, is on a new side of the law in the District Attorney's office. Fighting crime in the shadows, prosecuting bad guys in the light, it's a whole new chapter for our man without fear -- including the arrival of the devil's advocate. Welcome to Hell, Blindspot. (W) Charles Soule (A) Ron Garney (A/C)

SOUNDS LIKE AWESOME  INVINCIBLE IRON MAN #4 Tony is knee deep in trouble from enemies both old and new. But here comes Mary Jane Watson and his world will never be the same again! (W) Brian Michael Bendis (A) David Marquez

DOCTOR STRANGE #3 Dr. Strange wakes up, nearly naked with none of his magical tools or spellbooks and no memory of how he got there. Nor does he know where all the monsters chasing him came from! (W) Jason Aaron (A) Chris Bachalo

HERCULES #2 Creatures of ancient myth still linger in the world, but they are on the brink of extinction. But Hercules has moved with the times--only he can protect them against the crushing weight of the future. Except he is part of the old age too, born in ancient times before the risk of civilization, the world's first super-hero. If he fails in this struggle, he dies with them. Forever. (W) Dan Abnett (A) Luke Ross

BLACK KNIGHT #2 Why did Dane Whitman end up in Weirdworld? What were the circumstances that led him to flee Earth? Whatever they were, it's enough to have the Uncanny Avengers show up on his doorstep, looking for him! Have Dane's past actions finally caught up with him? (W) Frank Tieri (A) Luca Pizzari 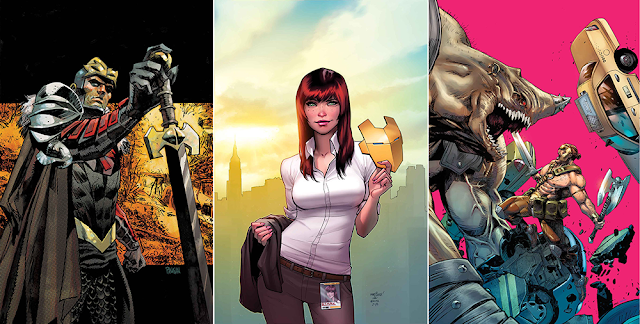 MERRY CHRISTMAS  GWENPOOL SPECIAL #1 She-Hulk throws a holiday party and invites the entire Marvel U! Deadpool teams up with both Hawkeyes - Kate and Clint - to...stop a pickpocket?! Ms. Marvel takes on her most dangerous threat yet: the holiday blues! And then there's the reason for the season(al special): Gwenpool! Yup, you read that right - Gwen. Pool. C'mon, you know you're curious. 50 pages (W) Gerry Duggan, Charles Soule, Christopher Hastings (A) Danilo Beyruth, Langdon Foss, Gurihiru

What do you think?  Full Marvel's December 2015 solicitations here.
Posted by IADW at 8:38 am