SWEET AS: The Top 6 From IDW's December 2015 Solicitations 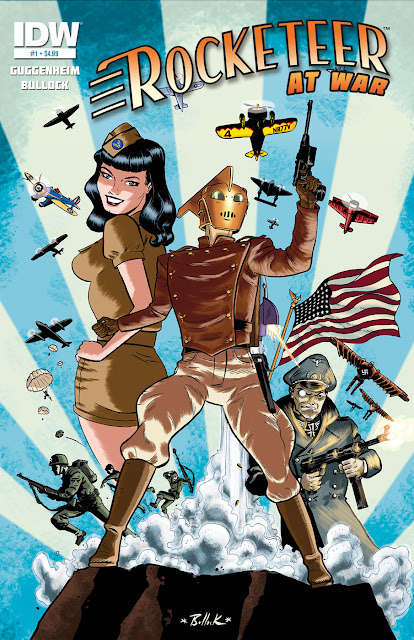 When we Kiwis find something we like, we say it's 'Sweet as'. When I look at IDW's December 2015 solicits, these six make the 'Sweet As' grade:

PICK OF THE MONTH:  ROCKETEER AT WAR! #1 Europe, 1942--the world is at war! As the Allies battle against the Axis, able bodied men everywhere enlist in the war effort, including Cliff Secord. Secord, also known as The Rocketeer, has been thrust full throttle into the heat of battle, and--with or without his jet pack--he will depend on his wits and daring if he is to survive! 40 pages (W) Marc Guggenheim (A) Dave Bullock

JUMP ON HERE  JUDGE DREDD #1 "Mega-City Zero," part 1! Ushering in a brave new era, Judge Dredd awakens to find that Mega-City One has been sent back to the Stone Age, with city blocks overgrown and nary a citizen to be found. Witness as Dredd struggles to unravel the mystery as he copes with being just an ordinary Joe... (W) Ulises Farinas and Erick Freitas (A) Dan McDaid

RAGNAROK #7 The Black Elf assassin, Regn, and his young daughter, Drifa, have hunted Thor for countless leagues across the Dusk Lands, to the ruins of Asgard. Now, as Thor calls down the lightning to create a funeral pyre for the dead of Asgard, Regn prepares himself for his greatest challenge, to kill the last god standing, the god responsible for the death of his wife. (W and A) Walter Simonson 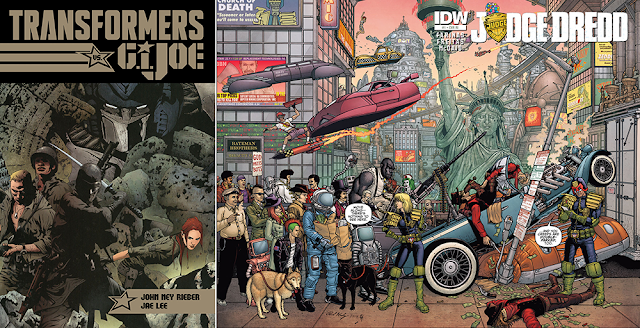 G.I. JOE: A REAL AMERICAN HERO #221 "Cobra World Order," Part 3 .G.I. Joe begins to probe the depths of Cobra's malevolent plan, but as intrigue after intrigue continues to stack up, even the Real American Heroes will hardly be prepared for Cobra Commander's next move! (W) Larry Hama (A) S L Gallant

What do you think?  Full IDW December 2015 solicitations here.
Posted by IADW at 7:01 pm