SWEET AS: The Top 6 From Image Comics' December 2015 Solicitations 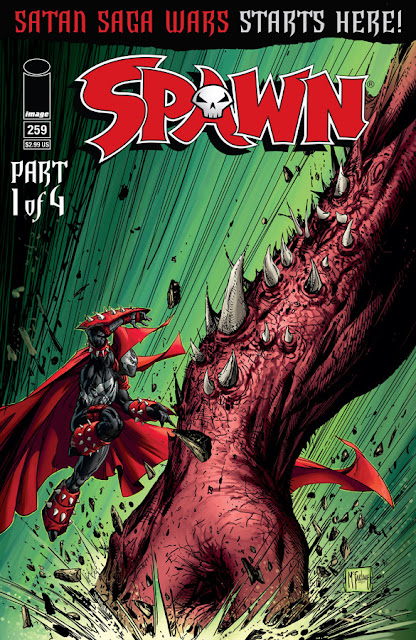 When we Kiwis find something we like, we say it's 'Sweet as'. When I look at Image Comics' December 2015 solicits, these six make the 'Sweet As' grade:

In the entire run of Spawn, our hero has never had to face his greatest threat: Satan himself! Starting with this issue, Al Simmons will come face to face with Lucifer for the very first time. A battle of epic proportion will begin and the prize is... Wanda's soul. Join us on this historic odyssey as Spawn takes on the Evil entity that gave him his powers way back in issue #1.

SOUNDS LIKE AWESOME  THE GODDAMNED #2 "And it repented the Lord that he had made man on the earth, and it grieved him at his heart."Genesis 6:6 (W) Jason Aaron (A) R.M. Guera

I HATE FAIRYLAND #3 Queen Cloudia is forced to bend the rules of Fairyland in hopes to rid their world of Gert once and for all. (W and A) Skottie Young

TOKYO GHOST #4 Life in paradise is cut short for Led and Debbie, as a snake from their past seeks vengeance on the Constable. (W) Rick Remender (A) Sean Murphy 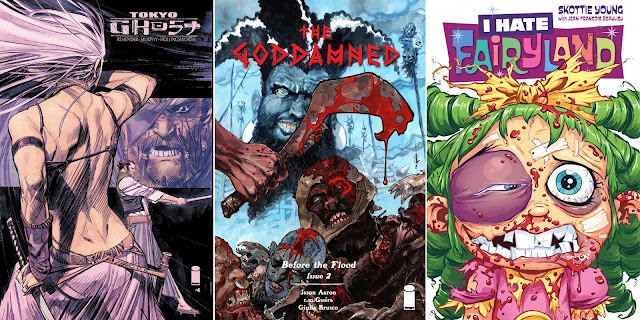 What do you think? Full Image Comics December 2015 solicits here.
Posted by IADW at 10:51 pm