SWEET AS: The Top 6 From DC Comics' January 2016 Solicitations 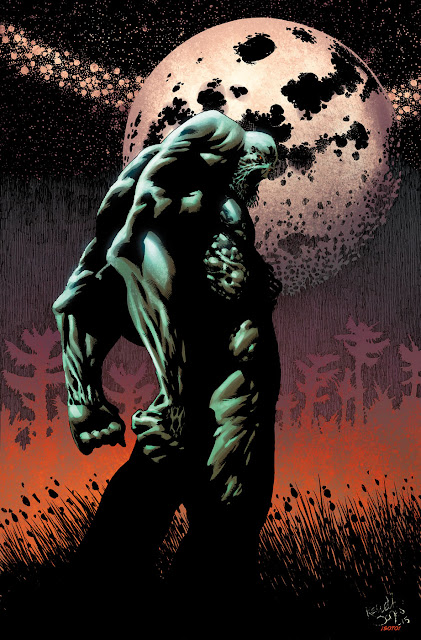 When we Kiwis find something we like, we say it's 'Sweet as'. When I look at DC Comics' January 2016 solicits, these six make the 'Sweet As' grade:

PICK OF THE MONTH  SWAMP THING #1 Swamp Thing returns in an all-new series written by his co-creator, writer Len Wein! Swamp Thing has received an ominous warning, and now he finds himself under attack from the forces of dark magic. These are more than just your average monsters -- and there's something much worse looming on the horizon for Alec Holland! (W) Len Wein (A) Kelley Jones

SOUNDS LIKE AWESOME  SCOOBY-DOO TEAM-UP #14 The surface world is threatened by an ancient menace from beneath the sea! This looks like a job for Scuba-Doo! Aquaman, Scooby and the gang will have to descend to the depths to unravel the mystery on the ocean floor. But are the supernatural creatures real, or is it just a scheme to conquer the undersea kingdom of Atlantis? (W) Sholly Fisch (A) Dario Brizuela

MIDNIGHTER #8 As he recovers from an assault that hit him harder than he ever could have imagined, Midnighter finds himself back in the sights of Spyral...but this time, they want him on their side! (W) Steve Orlando (A) ACO

JUSTICE LEAGUE #48 The epic "Darkseid War" continues as the League is forced to unite with their evil counterparts, the Crime Syndicate, to defeat the nigh-omnipotent Anti-Monitor! Plus, what is the terrible secret behind Superwoman's newborn child? (W) Geoff Johns (A) Jason Fabok 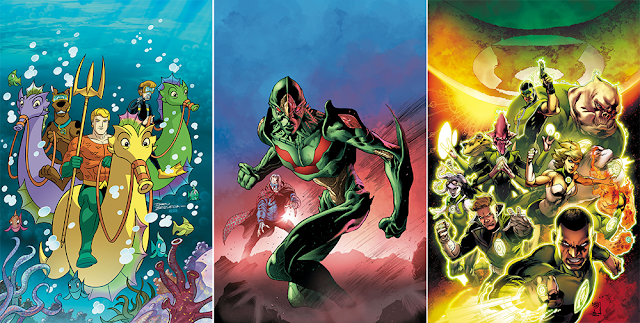 MARTIAN MANHUNTER #8 The reborn Martian Manhunter has refused to restore Earth! Instead, he's decided to make a new home for himself on the Martian world that's taken our planet's place -- much to the displeasure of Mr. Biscuits! (W) Rob Williams (A) Eddy Barrows and Eber Ferreira

JUMP ON HERE  GREEN LANTERN CORPS: EDGE OF OBLIVION #1 Picking up where Green Lantern: Lost Army left off! As the universe around them reaches entropy, the Green Lantern Corps must find a way home! Along the way, they'll face dying gods, worlds torn asunder and a desperate group of survivors whose only hope is these cosmic heroes. (W) Tom Taylor (A) Ethan Van

What do you think?  For DC's full January solicits, click here.
Posted by IADW at 10:51 am