SWEET AS: The Top 6 From Marvel's January 2016 Solicitations 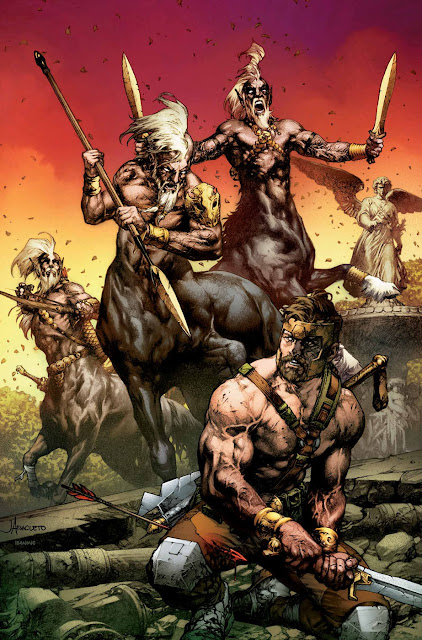 When we Kiwis find something we like, we say it's 'Sweet as'. When I look at Marvel Comics' January 2016 solicits, these six make the 'Sweet As' grade:

PICK OF THE MONTH:  SPIDER-MAN/DEADPOOL #1 The Webbed Wonder and the Merc with a Mouth are teaming up for their first ongoing series ever! It's action, adventure and just a smattering of romance in this episodic epic featuring the World's Greatest Super Hero and the star of the World's Greatest Comics Magazine. Talk about a real dynamic duo! (W) Joe Kelly (A) Ed McGuinness

SOUNDS LIKE AWESOME  BLACK KNIGHT #3 This is it -- the moment you've been waiting for! The Black Knight vs. the Avengers! Will Dane and his forces vanquish his old team mates? Or will this mark the end of Dane's adventures in Weirdworld? (W) Frank Tieri (A) Luca Pizzari

DOCTOR STRANGE #4  Doctor Strange has gathered a circle of magic-using friends to try and best monitor magic in the Marvel Universe. But this tactic is too late as forces are destroying all magical objects and beings in the multiverse and they are turning their sights on our dimension. At least Strange won't have to die alone...! (W) Jason Aaron (A) Chris Bachalo

DAREDEVIL #3 Things quickly come to blows when the Man Without Fear and his new protégé are forced to take on a horde of HAND ninjas. And Matt Murdock's day job isn't going much better... His career as an ADA takes a severe hit when he's unable to indict local crime lord Tenfingers. (W) Charles Soule (A) Ron Garney 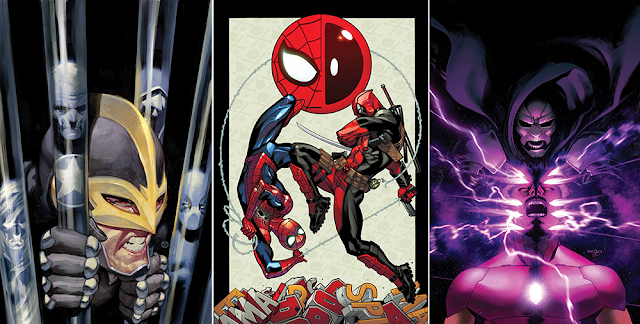 HERCULES #3 Hercules is back in the game, and the world is starting to remember why he set the standard for heroes right down through the ages. But has he left his reinvention too late? He's clean, he's sober, he's determined...but the world is fighting back. It's a darker place than even he imagined, and an all-powerful force is rising that could wipe out his kind and all the ancient ways of myth forever.. (W) Dan Abnett (A) Luke Ross
TOP SHOWDOWN  INVINCIBLE IRON MAN #4 The big finale to our big first storyline. Cards are turned over. Truths are revealed. Tony's life is turned upside down! (W) Brian Michael Bendis (A) David Marquez

What do you think? Full Marvel's January 2016 solicitations here.
Posted by IADW at 7:00 am