SWEET AS: The Top 6 From DC Comics' December 2015 Solicitations 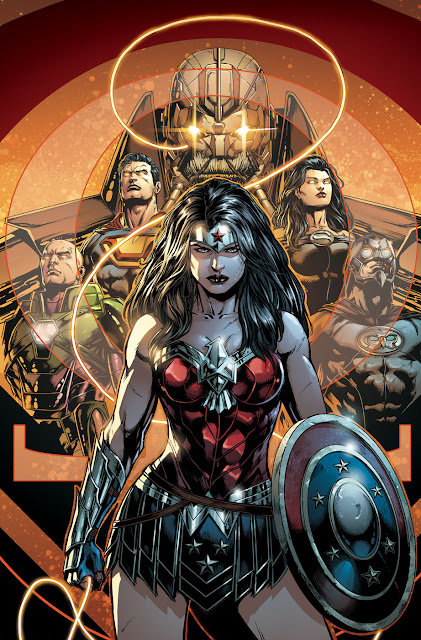 When we Kiwis find something we like, we say it's 'Sweet as'. When I look at DC Comics' December 2015 solicits, these six make the 'Sweet As' grade:

PICK OF THE MONTH  JUSTICE LEAGUE #47 The second act of "Darkseid War" begins! As the members of the Justice League struggle with their new Godhood abilities, Wonder Woman must turn to the beings that have fought the Anti-Monitor before: the Crime Syndicate! Plus, what secret does Grail hold that will change Diana's world forever? (W) Geoff Johns (A) Jason Fabok

SOUNDS LIKE AWESOME  MARTIAN MANHUNTER #7 The Red Rising is complete: Mars is reborn, Earth is dead, and the Martian Manhunter walks again. But what will befall his once disparate aspects -- Mould, Agent Wessel, The Pearl and Mr. Biscuits -- when they are discovered alive on the new red planet? Martian Manhunter begins a major new story with this crucial issue. (W) Rob Williams (A) Eddy Barrows and Eber Ferreira

DARK KNIGHT III: THE MASTER RACE #2 The unexpected finale to the Dark Knight saga continues as Carrie Kelly gets caught...that is, she finds herself...she gets into -- well, you're just going to have to read it yourself. (W) Frank Miller and Brian Azzarello (A) Andy Kubert and Klaus Janson.

MIDNIGHTER #7 The mastermind behind the theft of the God Garden's technology is finally unveiled... and Midnighter never could have guessed the ultimate goal of the heist! (W) Steve Orlando (A) ACO 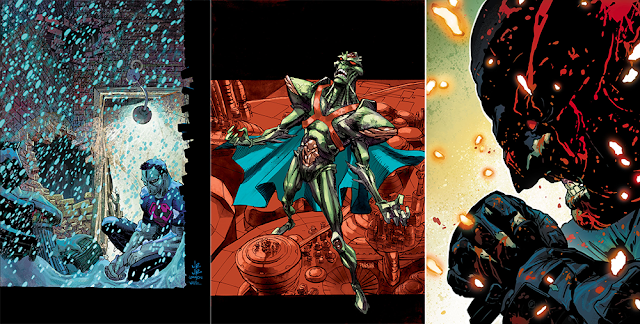 SUPERMAN #47 What would happen if the powers of all of Superman's foes were contained in one villain? You'll find out when you meet the Amalgam of Composite Superman Foes -- and this is one nightmare a semi-powered Man of Steel may not survive! (W) Gene Luen Yang (A) Howard Porter

JUMP ON HERE  TITANS HUNT #3 Haunted by a past they no longer recognize, Dick Grayson and Roy Harper hunt for the truth. Somehow, somewhere, there must be someone who can explain the memories that obsess them but don't belong to them. Their search has unleashed the rage of Atlantis, but that's nothing compared to the fury of the Amazonian outcast waiting for them in the shadows. (W) Dan Abnett (A) Paulo Siqueira

What do you think?  For DC's full December solicits, click here.
Posted by IADW at 9:25 am