SWEET AS: The Top 6 From DC Comics' February 2016 Solicitations 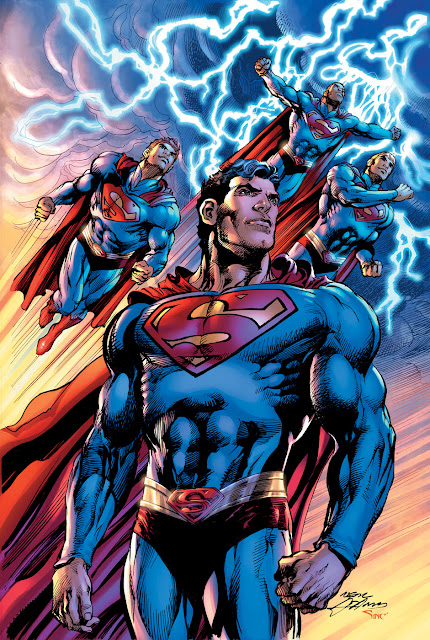 When we Kiwis find something we like, we say it's 'Sweet as'. When I look at DC Comics' February 2016 solicits, these six make the 'Sweet As' grade:

PICK OF THE MONTH  WONDER WOMAN EARTH ONE VOL. 1 HC Grant Morrison joins with Yanick Paquette to reimagine Wonder Woman for a new era. Encompassing the vision of her original creator, William Moulton Marston, Morrison presents a Diana who yearns to break free from her mother and the utopian society on Paradise Island to learn about the forbidden outside world.

Her dreams may come true when Air Force pilot Steve Trevor crashes on their shores, and she must defy the laws of the Amazons to return him to Man's World. Is she ready for the culture shock that awaits her in America? And is the world ready for this Wonder Woman? 144 pages (W) Grant Morrison (A) Yanick Paquette

SOUNDS LIKE AWESOME  SUPERMAN: THE COMING OF THE SUPERMEN #1 A threat so epic it will take more than one Man of Steel to handle it in this new 6-issue miniseries! As Darkseid and the hordes of Apokolips lay waste to the world, even Superman is overwhelmed -- but not for long, as three heroes from the miniaturized city of Kandor emerge at full size, armed with all the vast powers of Kal-El, ready to become the new Supermen! This battle of titans also features the machinations of Lex Luthor, plus fan favorites Jimmy Olsen and Lois Lane aiding in the fight for Truth, Justice and the American Way. (W and A) Neal Adams

MIDNIGHTER #9 Spyral wants the deadly Perdition Pistol back -- so they turn to the only man who stands a chance of recovering it: Midnighter! The only problem is who has possession of it now...the near-unbeatable Suicide Squad! (W) Steve Orlando (A) ACO 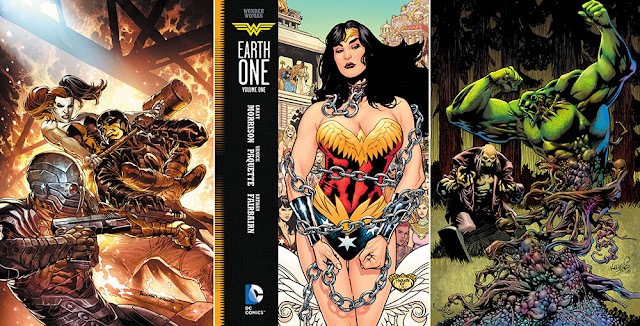 SWAMP THING #2 A zombie is on the loose on the campus of Louisiana's Crowley College! Swamp Thing must search out an old friend if he hopes to save the small college town from the resurrected student roaming the forest. But if he thinks that zombies are the biggest problem on his horizon, Alec Holland might need to think again. (W) Len Wein (A) Kelley Jones

JUMP ON HERE  HE-MAN: THE ETERNITY WAR #15 After #14's shocking conclusion, the victors of the Eternity War rise from the rubble...to rebuild the future! Who has lived? Who has died? What is the future of the Masters of the Universe saga? Find out in this rousing epilogue to the modern day He-Man epic, "The Eternity War"! (W) Dan Abnett (A) Pop Mhan

RETURN OF THE MONTH  GREEN LANTERN #48 Green Lantern faces off against Sonar and the forces of Modora in an explosive final showdown -- but does Hal have enough will to stand up to the coming threat of Parallax? (W) Robert Venditti (A) Martin Coccolo

What do you think?  For DC's full February solicits, click here.
Posted by IADW at 6:44 pm