ON A WIN AND A PRAYER: The First Preacher Trailer 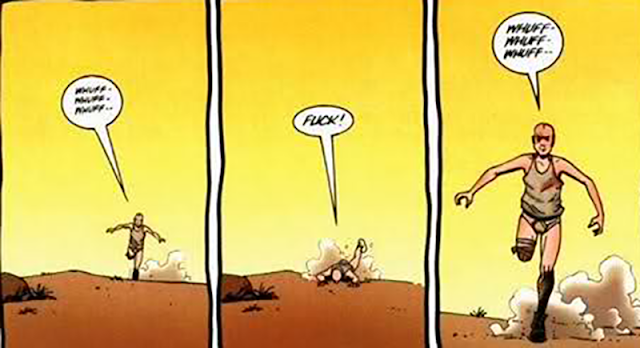 They may be only three panels, but having Herr Starr escape cannibals by hopping out of the desert on one leg cracks me up everytime I look at it. Writer Garth Ennis is truly my kind of twisted.

Hopefully the just released trailer for AMC's upcoming Preacher TV series, based on the comic that featured the above escape fail, obese people bombs, rag on a stick showers and more, keeps the same sense of humour and wrongness as Jesse Custer seeks out God for a little one on one. Only then will it ever be right.