SWEET AS: The Top 6 From Marvel's Febuary 2016 Solicitations 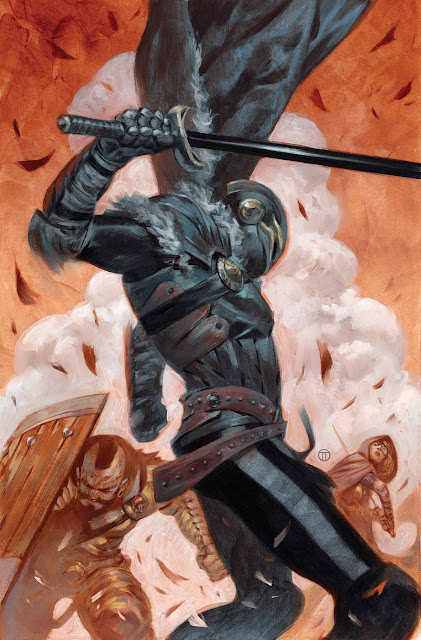 When we Kiwis find something we like, we say it's 'Sweet as'. When I look at Marvel Comics' February 2016 solicits, these six make the 'Sweet As' grade:

PICK OF THE MONTH:  POWER MAN AND IRON FIST #1 We know you've been waiting to see Luke Cage and Danny Rand back together and back to street-stomping basics! power man and iron fist are tracking a mystery with all the ingredients of a classic Heroes-for-Hire tale. Expect old friends, hired goons, crime lords, weird magic, plenty of power, a flurry of fists and as much bromance as you can handle! (W) David Walker (A) Sanford Greene

SOUNDS LIKE AWESOME BLACK KNIGHT #4 The fate of the Black Knight and the Ebony Blade revealed! Who will end up with the Blade? Dane Whitman? The Avengers? Or someone else entirely? The answer will surprise you! (W) Frank Tieri (A) Luca Pizzari

DOCTOR STRANGE #5 The Witchfinder Wolves are here and Doctor Strange is in trouble. The Empirikul is coming, Magic's days are numbered and Strange is not ready! (W) Jason Aaron (A) Chris Bachalo

DAREDEVIL #4 Facing roadblocks at every turn, A.D.A. Matt Murdock struggles to build a case against the duplicitous founder of the Church of the Sheltering Hands, Tenfingers, who's not so secretly amassing power in Chinatown. Meanwhile, Daredevil's continued fight against the villain is stuck at a stalemate. With his back against the ropes, the Man Without Fear seeks help from the most seasoned super hero he knows --Steve Rogers! (W) Charles Soule (A) Ron Garney 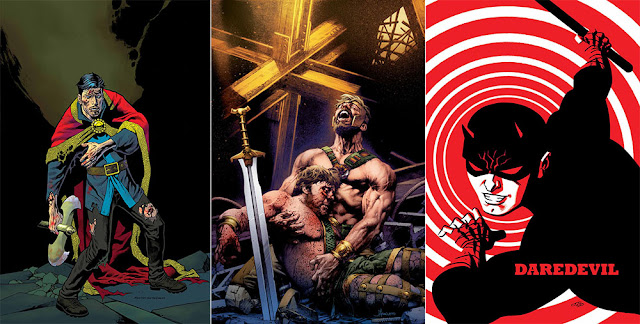 HERCULES #4 The Uprising Storm is sweeping in to destroy all remnants of the ancient world and its ways, and only Hercules stands in its path. Meanwhile, Herc has been pushing his buddy Gilgamesh to get off the couch and back into the hero business. Now Gil has finally stepped up...and walked into a world of trouble. Hercules has got to save the world...but first, he's got to save his old friend from a miserable death.... (W) Dan Abnett (A) Luke Ross

THE COOL KID  INVINCIBLE IRON MAN #6 "The War Machines" starts now! Something is not right in the house of Stark, and Tony must delve into the nooks and crannies of his international organization to find out what. Plus: The first big clues of major things to come in the Marvel Universe! (W) Brian Michael Bendis (A) Mike Deodato

What do you think?  Full Marvel's February 2016 solicitations here.
Posted by IADW at 5:36 pm