SWEET AS: The Top 6 From Marvel's March 2016 Solicitations 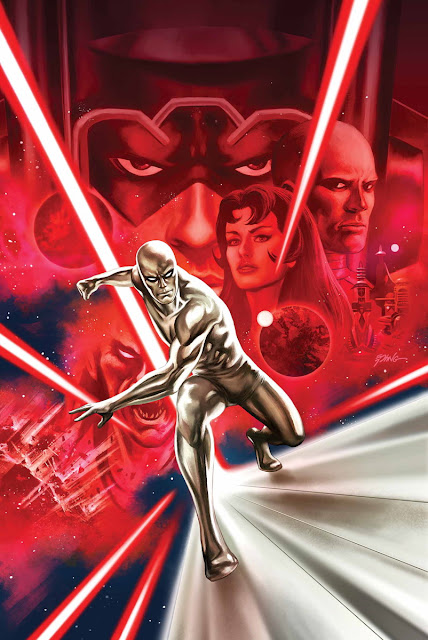 When we Kiwis find something we like, we say it's 'Sweet as'. When I look at Marvel Comics' March 2016 solicits, these six make the 'Sweet As' grade:

PICK OF THE MONTH:  INVINCIBLE IRON MAN #7 War Machine and Iron Man team up to stop a brand new threat to the Marvel Universe… like only they can. All this plus more hints to next summer’s insane Marvel blockbuster event. (W) Brian Michael Bendis (A) Mike Deodato

SOUNDS LIKE AWESOME  SILVER SURFER #3 Special 50th Anniversary issue! In 1966, the heroes of Earth met Norrin Radd of Zenn-La, The Silver Surfer. In 2016, for the greatest stakes of all time, he will have to fight them all. Not a dream. Not a hoax. This is really happening. A major turning point in the life of Norrin Radd that will profoundly change the saga of the Silver Surfer! (W) Dan Slott (A) Michael Allred (Just check out that variant cover by Steve Epting! - Dan)

DOCTOR STRANGE #6 “THE LAST DAYS OF MAGIC” STARTS NOW! The Emperikul have arrived, leaving universes purged of magic in their wake. Their next target? The Marvel Universe. And with Doctor Strange weakened beyond measure? We don’t have a chance! (W) Jason Aaron (A) Chris Bachalo

DAREDEVIL #5 Matt Murdock struggles to come to grips with his failure to save Chinatown from the clutches of Tenfingers. Meanwhile, the self-proclaimed prophet revels as his the vision of his rapture is actualized. But not all prophecies are what they seem. (W) Charles Soule (A) Ron Garney

HERCULES #5 The Storm is coming. All myths are dying. New York is the final battleground. Hercules gathers his unlikely allies to make a last stand and protect the Old Ways. But he has never seen a fury like the monsters the Storm is bringing with it. (W) Dan Abnett (A) Luke Ross 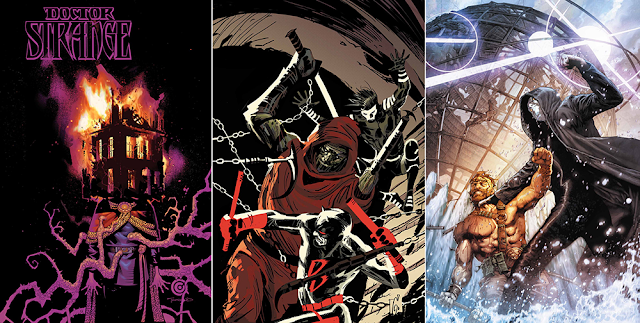 THE COOL KID'S TABLE  CAPTAIN AMERICA: SAM WILSON #7 Since World War II, Steve Rogers has wielded his red, white and blue shield against unspeakable odds. When he fell, his brother in arms, Bucky Barnes, picked it up. When it was time to rest, he handed it to his good friend, Sam Wilson. But now Steve will be asked to wield it one last time, against a foe so deadly he knows it could very well be his final stand.

Commemorating the 75th Anniversary of Marvel’s Sentinel of Liberty with a story of Captain Americas present and former -- with this explosive, world-changing chapter in the blockbuster spring Avengers event, STANDOFF. (W) Nick Spencer (A) Daniel Acuna

What do you think? Full Marvel's March 2016 solicitations here.
Posted by IADW at 6:25 pm