SWEET AS: The Top 6 From DC Comics' April 2016 Solicitations 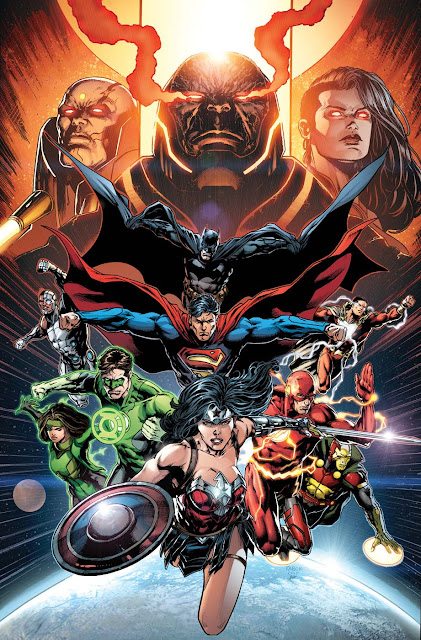 When we Kiwis find something we like, we say it's 'Sweet as'. When I look at DC Comics' April 2016 solicits, these six make the 'Sweet As' grade:

PICK OF THE MONTH  JUSTICE LEAGUE #50
The 48-page conclusion to "Darkseid War." The final fates of the world's greatest heroes and villains, along with world-changing revelations for Batman, Superman and Wonder Woman. It doesn't get bigger than this as DC's monthly super-hero event comic sets the stage for the next year and beyond! (W) Geoff Johns (A) Jason Fabok.

MIDNIGHTER #11 At last, it's the moment we've all been waiting for: Apollo returns! Midnighter's caught in the crossfire between the Suicide Squad and Spyral -- now he must team up with his ex to stop Henry Bendix from creating a monster! (W) Steve Orlando (A) ACO

SWAMP THING #4 Alec Holland tries to help a friend learn the ways of the Green, but is he the same person Alec remembers? Could something far more sinister than dark magic be looming? (W) Len Wein (A) Kelley Jones

WONDER WOMAN #51 Wonder Woman returns to Paradise Island and the Tartarus Pit in her quest to save baby Zeke. But as she betrays those she loves in her struggle to save Olympus, she slips closer to an abyss in which she may lose Wonder Woman entirely! (W) Meredith Finch (A) David Finch and Scott Hanna 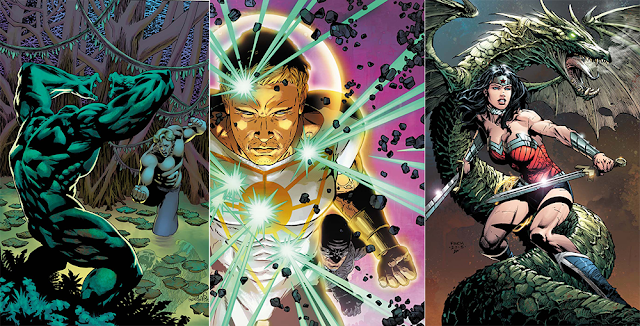 TITANS HUNT #7 The Titans have found Mr. Twister...and that's exactly what he wanted! As they deal with the danger he represents, it seems like someone else is hunting for the Titans...and that person is a deadly threat, too! Plus, a new Titan enters the fray! (W) Dan Abnett, (A) Paulo Siqueira.

GREEN ARROW #51 In war-torn Africa, Green Arrow and Deathstroke are both hunting for the same man -- Doctor Miracle -- whose blood cures any disease. They're battling not only each other, but also a militant group known as The Whites. There is no deadlier foe than the world's greatest assassin, and against his blade Green Arrow may have met his end. (W) Benjamin Percy, (A) Szymon Kudranski.

What do you think? For DC's full April solicits, click here.
Posted by IADW at 6:13 pm