SWEET AS: The Top 6 From Marvel's April 2016 Solicitation

When we Kiwis find something we like, we say it's 'Sweet as'. When I look at Marvel Comics' April 2016 solicits, these six make the 'Sweet As' grade: 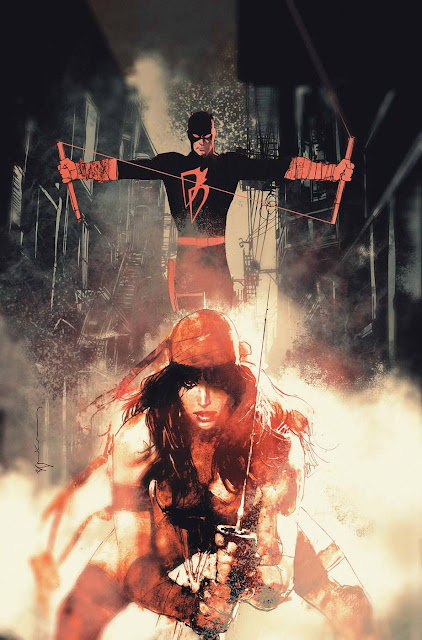 PICK OF THE MONTH:  BLACK PANTHER #1 A new era for the Black Panther starts here! "A Nation Under Our Feet" is a story about dramatic upheaval in Wakanda and the Black Panther's struggle to do right by his people as their ruler.

The indomitable will of Wakanda -- the famed African nation known for its vast wealth, advanced technology and warrior traditions -- has long been reflected in the will of its monarchs, the Black Panthers. But now the current Black Panther, T'Challa, finds that will tested by a superhuman terrorist group called The People that has sparked a violent uprising among the citizens of Wakanda.

T'Challa knows the country must change to survive -- the question is, will the Black Panther survive the change? (W) Ta-Nehisi Coates, (A) Brian Stelfreeze

SOUNDS LIKE AWESOME  DAREDEVIL #6 "Practice to Deceive" starts now! Hell's Kitchen knows no fury like an assassin scorned. Though Matt Murdock has somehow managed to hide his identity from the entire world, there are parts of his past he cannot escape. Elektra Natchios, is back in the Big Apple and she's got a score to settle with The Man Without Fear! (W) Charles Soule (A) Ron Garney

IT'S ABOUT TIME  VENOM: SPACE KNIGHT #6 Can a symbiote truly change its inky blackness? Flash and Pik Rollo cleverly penetrated Mercurio's defenses...by getting captured and thrown in his dungeon. Can Mercurio corrupt the symbiote to serve as his suit and partner in atrocities? Is this the return of the big bad Venom?! (W) Robbie Thompson (A) Ariel Olivetti 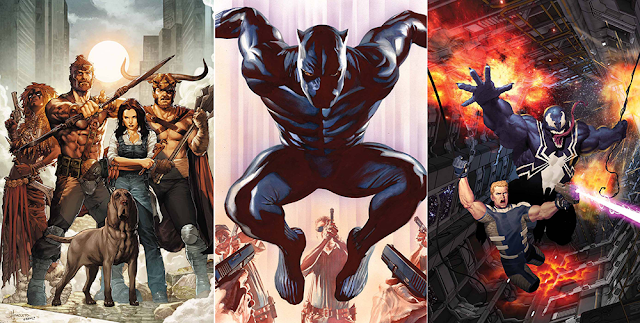 
DOCTOR STRANGE #7 "Last Days of Magic," part 2. As all of his magic dissipates, Doctor Strange is at the mercy of The Imperator! The powerless sorcerer is no longer supreme and can't possibly best a super-powered foe hell-bent on his destruction. (W) Jason Aaron (A) Chris Bachalo


HERCULES #6 The newborn gods of the Uprising Storm have power over the world, and are about to destroy you all. Unless you're Hercules, of course, in which case you're going to fight back. You are going to gather a few old friends, gather your trusted weapons, channel the courage that once made you famous, and give the newborn gods a fight they will never forget. (W) Dan Abnett (A) Emilio Laiso

INVINCIBLE IRON MAN #8 "The War Machines," part 3. Spider-Man, War Machine and Iron Man team up to stop a brand new threat to the Marvel Universe... like only they can. All this plus more hints to next summer's insane Marvel blockbuster event. (W) Brian Michael Bendis (A) Mike Deodato

What do you think? Full Marvel's April 2016 solicitations here.
Posted by IADW at 9:16 am