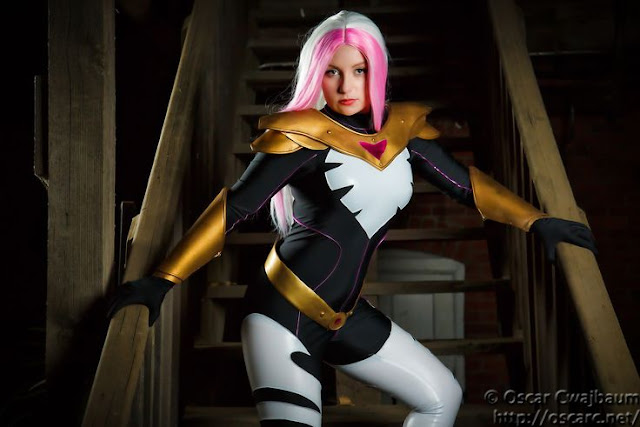 Man, the Thunderbolts were sooo good before they went and got all all-star-ish. Founding member of the original impersonators here, Songbird / Screaming Mimi, shows their fans have staying power too. Hopefully 'Wind of the Stars' is happy to see Songbird back in the pages of Marvel's New Avengers title! More crazy cool costumes await on the very next page.


One of my favourite comic images as a kid comes from Crusher Creel - The Absorbing Man, fighting the Hulk on the exterior of a spaceship, as it burns up re-entering earth's atmosphere. Physics, shemisics, that was flat out cool. While sometimes it feels like the classic Marvel villains go forgotten, this pic snapped at Katsucon 2015 by dtjaaaam proves I'm not alone! 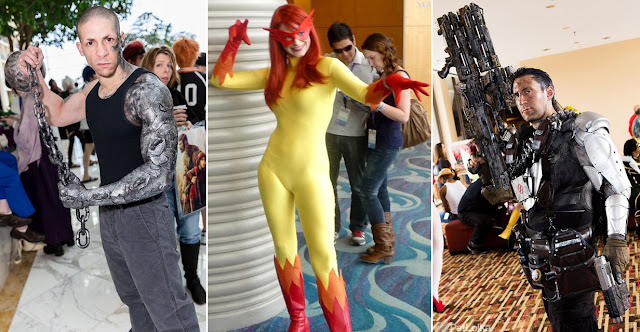 No wonder Spider-Man calls her an "amazing friend" if she looks like that! From the X-Men to the New Warriors to the Avengers, Firestar's, well... star was on the rise. Then the world focused on Nova, and all the other Warriors went into the can. Still, with a costume as classic as the one this 'Firestar' sports, Angel will never stay down for long (come on all-star line-up NW book)!

Right now I am in the middle of a 'digging Cable heatwave'. Lately I've just been reading heaps of old Cable material, and really thinking about what an awesome creation the 'mutant Judge Dredd' is. As long as he doesn't have Hope. Having the character nurse a baby for years just watered the plot for me, especially as she didn't turn into Jean in the end (whoops, spoiler alert). Busted at DragonCon 2014, this cosplayer knows to ditch the bubba and keep the 'tude!
Posted by IADW at 7:01 pm