Every fortnight I'll look at another of my Top 12 Other Super-Hero Teams, and why they're just as good (if not better) than those that hog the sales charts and hearts of fans everywhere. Today, the WildC.A.T.'s from Wildstorm! 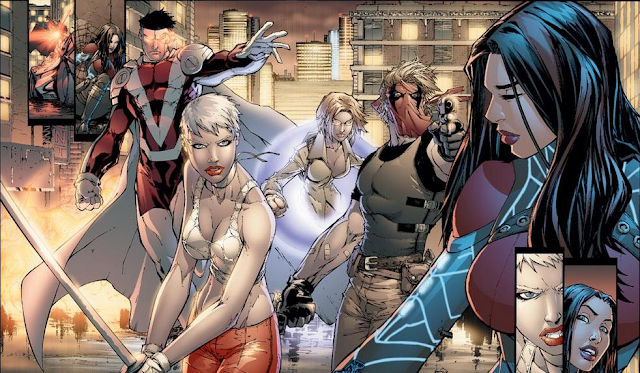 WHY THEY'RE COOL: WildC.A.T.'s shows the sole reason Jim Lee's Homage imprint at Image stole the show - they focused on teams. Instead of pinning all their eggs in one basket, Lee's basket contained warrior woman; Zealot, the ultimate android (and company CEO); Spartan and an unrivalled guman; Grifter, among others, who would unite to form one of comics' ultimate 'non-team's' against a clan-destine alien threats such as the Daemonites. 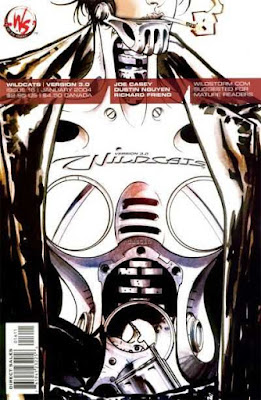 Although the team had the best first issue that never got a sequel (by creator Jim Lee and writer Grant Morrison), what made the WildC.A.T.'s 'wild' was the fact you never knew if the team would stand each other long enough to finish the job at hand. Mr Majestic sparking off Zealot, Voodoo and Spartan taking the 'Scarlet Witch / Vision' ideal places Marvel never would, and well, Grifter's relationship with everyone.

STAR PLAYER: Wildstorm mastered in teams with great characters and WildC.A.T's was first to prove it. While all those named above could fill this spot, Ladytron is my pick.

'Harley-Quinn' crazy, but in a good way, this homicidal killer turned homicidal killing cyborg has the black humour and strength to survive any suicide gambit.

RECOMMENDED READING: While the original series is unbeatable for that Jim Lee drawn 90's wow, trust me, you want Wildcats 3.0 written by Joe Casey. The team's corporation days and especially the Coda War story-arc show Casey is the best in the biz at combining modern pop culture with comic drama. Here the writer really shows his teeth.
Posted by IADW at 8:11 pm