SWEET AS: The Top 6 From Marvel's May 2016 Solicitations 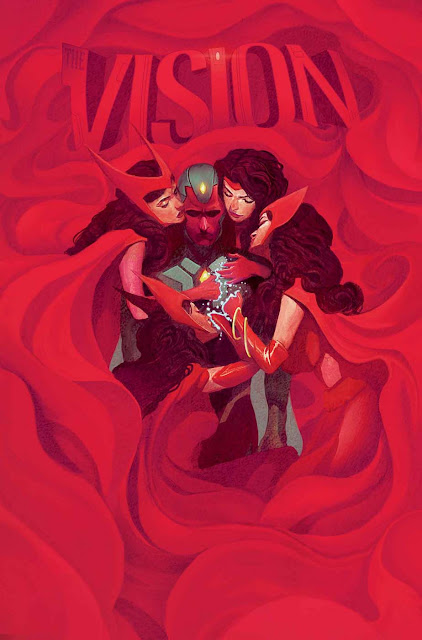 When we Kiwis find something we like, we say it's 'Sweet as'. When I look at Marvel Comics' May 2016 solicits, these six make the 'Sweet As' grade:

PICK OF THE MONTH:  THE PUNISHER #1

A by-the-numbers drug bust is about to take Frank Castle by surprise...and he HATES surprises. The horrible fallout threatens to send The Punisher into the heart of darkness, but Castle won't make that journey alone: A DEA agent is on his trail and attempting to get into his head...but what horrors will she find there, and will she survive the experience?

First-time Punisher writer Becky Cloonan and quintessential Punisher artist Steve Dillon are forcing Frank Castle out of his comfort zone and taking him to the edge of the world he thought he knew! (W) Becky Cloonan (A) Steve Dillon

SOUNDS LIKE AWESOME
THE VISION #7 Once upon a time a robot and a witch fell in love. What followed was a tale of the dead and the dying, of the hopeful and the lost, of the wronged and the avenged.

And in the end, after both had fallen, the witch and the robot rose from their dirt and eyed each other across a field of blood and bone. Forty-five years in the making, this is the story of Scarlet Witch and the Vision. Before family, there was love. And war. (W) Tom King (A) Michael Walsh

CIVIL WAR II #0 From the creative team that brought you Siege comes a blistering first chapter in Marvel's new explosive event. Watch as the players are introduced and the table is set for a storyline that fans will be talking about for years. (W) Brian Michael Bendis (A) Olivier Coipel


DAREDEVIL #7 Marvel's most deadly assassin is back in the Big Apple and has just dropped a bombshell of secret. Now, Matt Murdock is forced to consider the true cost of being the Man Without Fear. And now, with Elektra raising hell in Hell's Kitchen, Daredevil may have to give up his biggest secret... (W) Charles Soule (A) Matteo Buffagni 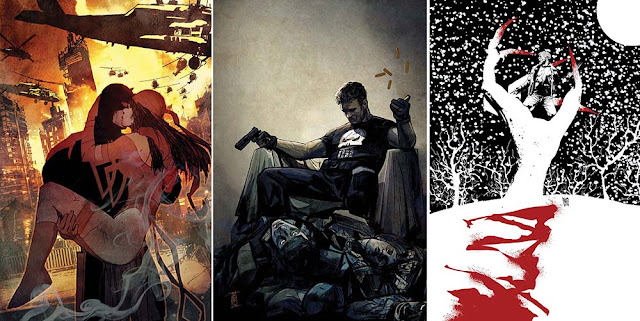 INVINCIBLE IRON MAN #9 Tony and Rhodey are best friends on and off the battlefield but their friendship is tested in ways it never was before as the new power players in the Marvel Universe reveal themselves in a bloody and dangerous fashion that threatens everything they stand for. A Civil War II prologue story! (W) Brian Michael Bendis (A) Mike Deodato

NOW YOU'VE GOT MY ATTENTION  OLD MAN LOGAN #6 Nestled in a lonely corner of the northern reaches of Canada, the quiet town of Killhorn Falls seemed like the perfect place for Old Man Logan to retreat to and make his peace with his new life in the present day Marvel Universe... and check up on someone who will one day become very near and dear to him.

But unbeknownst to Logan, the murderous cyborg REAVERS are hot on his trail. Cut off from the rest of civilization, can Logan save the people of Killhorn Falls? It's the ultimate cage match...and Logan's future is at stake!