BACK ON THE CHAIN GANG: The Sleepwalker Fan Series Trailer 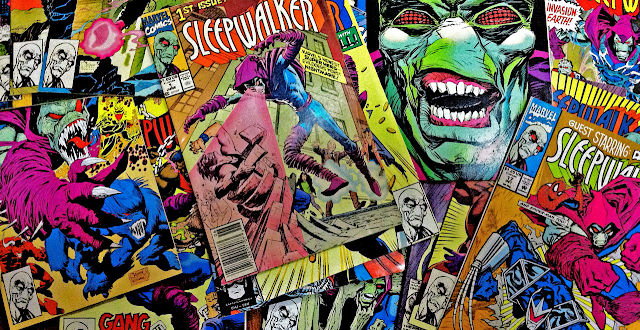 I think some of these Sleepwalker covers are Joe Quesada's most unknown gigs. That said, the Marvel hero who ventures from the Mindscape to fight crime, whenever his 'host' teenager Rick Sheridan slept, is now one step closer to his fan-film series release, with the debut of the series' trailer.

For the past few months, I have been eating up the behind the scenes imagery on the Sleepwalker production crew's Facebook page. To see Rick and Sleepy finally live, is amazing - so here is to writer / directors Josh Noftz and Joe Bariso for making it all happen!